Given the current policy direction, peace activists have been quick to point out that for the first time in half a century, U.S. and Russian nuclear arsenals will not be bound to any bilaterally negotiated oversights

These aggressive and short-sighted policy gestures by Donald Trump have sparked serious concern among nuclear non-proliferation advocates that such decisions could trigger a chain reaction of nuclear proliferation. (Photo: AP/J. Scott Applewhite)

President Donald Trump has made some very significant policy decisions since entering office that have undermined nuclear non-proliferation on a global level. The two most notable examples include Trump’s withdrawal from a key bilateral nuclear weapons treaty with Russia and his decision to leave the Iranian nuclear deal.

Trump announced this January that he would initiate a six-month withdrawal process that would see the United States quitting the Intermediate-Range Nuclear Forces (INF) treaty with Russia, claiming a number of violations by that country.

The United States has alleged that Russia has been violating the terms of the INF agreement for several years with the expansion and deployment of 2,000 km-range nuclear-capable ground-launched missiles, also referred to as SSC-8 by NATO.

These claims have been repeatedly rejected by Moscow.

In response to Trump’s announcement, Russian President Vladimir Putin fired back by saying that the Kremlin would exit the Cold War-era treaty, which restricts both countries from deploying missiles with ranges between 500 and 5,500 kilometers.

The situation is compounded by the fact that the New START agreement, a separate bilateral treaty, which limits the stockpiles and launch platforms that both countries can deploy, is due to expire in 2021, with neither country is likely to renegotiate.

In light of these trends, during the 2019 UN Conference on Disarmament, Secretary-General Antonio Guterres encouraged the United States and Russia to extend the New START treaty, describing it as “one of the hallmarks of international security for 50 years.”

During his remarks, the Secretary-General went on to warn, “I will be blunt. Key components of the international arms control architecture are collapsing.”

Given the current policy direction, peace activists have been quick to point out that for the first time in half a century, U.S. and Russian nuclear arsenals will not be bound to any bilaterally negotiated oversights.

This new terrain is of particular concern to disarmament experts who argue that the basis for global non-proliferation is contingent upon on the two nuclear superpowers’ (the United States and Russia) willingness to subject themselves to arms control and verification. 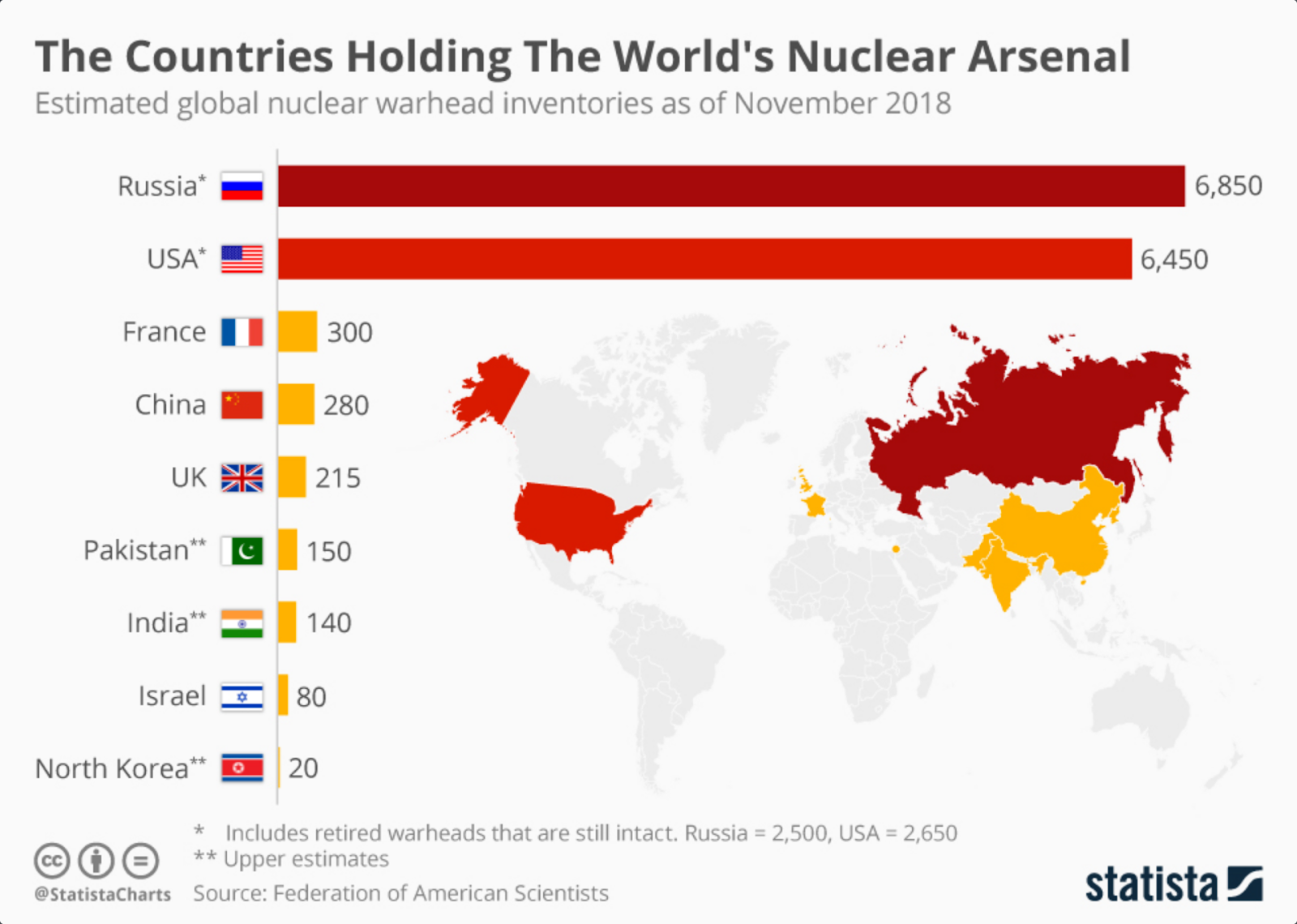 For the non-proliferation community, without proper rectification of the current trajectory, there is a real possibility that these two looming developments by themselves could provoke a new nuclear race.

However, the most serious threat to a renewed nuclear arms race is based on the unrivaled U.S. military hegemony, which seeks to modernize its nuclear weapons capacity by investing up to US$1 trillion over the next 30 years to build new nuclear bombers, submarines, and intercontinental ballistic missiles (ICBMs).

To make matters worse, the Trump administration took further steps to undermine nuclear non-proliferation with his decision to withdrawal from the Joint Comprehensive Plan of Action (JCPOA), which represented the first major foreign policy reversal by his administration (aside from the Paris Climate Agreement).

Under the 2015 Iran Nuclear Agreement Review Act, the president was required to certify Iranian compliance with the JCPOA nuclear deal. As part of the deal, Iran was subject to the most robust nuclear-verification systems anywhere in the world.

Certification was required every 90 days, and Trump twice affirmed Tehran’s compliance, but in May 2018 he refused to recertify.

Trump’s refusal was hinged on the fact that the JCPOA was restricted to Iran’s nuclear program and did not address wider security issues such as Iranian missile tests. As a result, the Trump administration seems to be more focused on weakening Iran’s perceived regional military influence rather than constraining the country’s nuclear program.

Many of Trump’s supporters believe that the United States can force Iran to make additional weapons concessions through the use of sanctions.

However, even some of Washington’s more conservative analysts argue that this is an unattainable goal since ballistic missiles are a central feature of Iran’s regional defense posture and will remain so for the foreseeable future.

In short, these aggressive and short-sighted policy gestures by Donald Trump have sparked serious concern among nuclear non-proliferation advocates that such decisions could trigger a chain reaction of nuclear proliferation in various non-nuclear states, most notably Saudi Arabia, Turkey, South Korea, and Japan.

The renewal of the nuclear arms race carries the threat of our extinction.

“We are one mechanical, electronic or human error away from a catastrophe that could eradicate entire cities from the map,” Guterres noted while speaking at a disarmament conference in Geneva.

This article was produced by Globetrotter, a project of the Independent Media Institute.

Nate Singham is based in São Paulo, Brazil, where he works as a researcher with Tricontinental: Institute for Social Research. Follow him on Twitter: @NateSingham1

'Let Her In': Outrage Swirls After Six-Year-Old Girl With Downs Syndrome and Heart Condition Turned Away at US Border

END_OF_DOCUMENT_TOKEN_TO_BE_REPLACED

Throwing some serious shade, unknown arsonists have burned down a massive, bizarro, clenched-fist wooden statue of Trump in Slovenia that had earlier been the target of threats and hostile tractors. To its creator, the statue represented a two-faced "populist," complete with vampire side. But the perpetrators - whether in an act of artistic censure or civil disobedience - had had enough, and many rejoiced. "(They) just killed the devil walking on earth," said one. "It was the right decision."
Read More...
END_OF_DOCUMENT_TOKEN_TO_BE_REPLACED