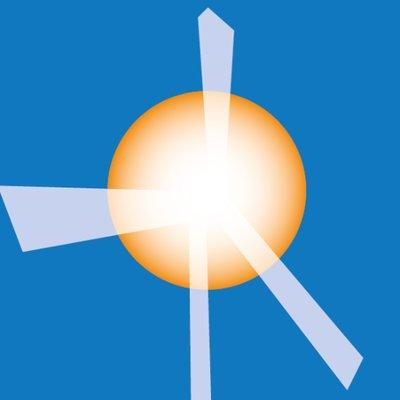 "Holtec International announced today that, just a month after the U.S. Department of Energy turned down its first application for a Civil Nuclear Credit bailout to restart Palisades, it will apply for a second round opportunity of billion dollar or more federal bailouts. This outrageous and unprecedented scheme, to restart an atomic reactor that has permanently shut down, includes very serious risks to public health, safety, security, the environment, and pocketbooks. This zombie reactor nightmare at Palisades must come to an end, once and for all.

Neither Holtec, Energy Secretary Granholm, nor Governor Whitmer have explained why the first bailout application was rejected a month ago. For that reason, Beyond Nuclear and Don't Waste Michigan filed Freedom of Information Act requests with both the U.S. Department of Energy and the State of Michigan, demanding documentation explaining why Holtec's Palisades bailout application was denied. For more information, see: <https://beyondnuclear.org/coalition-foias-doe-and-state-of-michigan-re-why-palisades-was-denied-cnc-bailout/>.

This severely age-degraded reactor must remain shut down, lest its restart risk a catastrophic core meltdown. The Palisades atomic reactor, which operated from 1971 to May 20, 2022, has the worst embrittled reactor pressure vessel in the U.S., which was at increasing risk of catastrophic failure due to pressurized thermal shock. To accommodate Palisades' operation for 51 years, the U.S. Nuclear Regulatory Commission (NRC) simply weakened and rolled back the safety standards, multiple times over decades.

Palisades also has a severely degraded reactor lid, and worn out steam generators that needed replacement for the second time in the reactor's history.

When adjusted for inflation alone, property damages would have surmounted $150 billion in Year 2021 dollar figures. And as Associated Press investigative reporter Jeff Donn wrote in his four-part series "Aging Nukes," shortly after the Fukushima Daiichi nuclear catastrophe began in Japan in 2011, populations have soared around U.S. atomic reactors, so casualties would now be even higher. Donn cited reactor pressure vessel embrittlement and pressurized thermal shock risk as the top example of NRC regulatory retreat.

Thank goodness no such nuclear nightmare unfolded at Palisades during its 51 years of ever more high risk operations, but Consumers Energy (from 1971 to 2007) and Entergy (from 2007 to 2022) were willing to take those risks on the shoreline of the Great Lakes, drinking water supply for more than 40 million people in eight U.S. states, two Canadian provinces, and a very large number of Native American First Nations downstream and downwind, as well as up the food chain.

Holtec is also willing to take those risks, by repeatedly applying for a billion dollar or more bailout from the U.S. Department of Energy, and additionally demanding as much or more from State of Michigan taxpayers and/or electricity customers as well.

Just days after Holtec announced on November 18, 2022 that the U.S. Department of Energy had denied its bailout request, the agency approved a similar bailout request from Pacific Gas & Electric, for its Diablo Canyon nuclear power plant in California. PG&E had long agreed and planned to close Diablo Canyon for good by 2025, but DOE's $1.1 billion federal bailout -- and the State of California's recently approved additional $1.3 billion state bailout -- mean serious safety risks at Diablo Canyon, as from earthquakes, could continue for years to come. After the $1.1 billion Civil Nuclear Credit bailout for Diablo Canyon, another $4.9 billion remains in the Energy Department fund for additional rounds of bailouts.

By definition, once the irradiated nuclear fuel has been removed from the core, a reactor meltdown cannot happen. This has been the case at Palisades since early June.

But the likely more than 700 metric tons of highly radioactive, forever deadly irradiated (euphemistically called spent or used) nuclear fuel, containing more than 1,800 pressurized water reactor assemblies, and comprising more than 150 million curies of hazardous radioactivity, still represent a very significant risk. The vast majority is still stored in the indoor wet storage pool, at risk of a loss of cooling water leading to a catastrophic radioactivity release to the environment. While transfer of irradiated nuclear fuel into dry cask storage represents an increase in safety, it involves the movement of very heavy loads over the pool, and must be done very carefully. In October 2005, a 107-ton transfer cask containing irradiated nuclear fuel dangerously dangled over the pool for two days, and was nearly dropped from its crane by operator error. Had that happened, the ensuing pool fire could have dwarfed even CRAC-II's casualties and property damage figures cited above, as Palisades' pool is not even located in a radiological containment structure. Recently, in its careless rush job to empty a storage pool, Holtec -- which took over at Palisades on June 28, 2022, with NRC's complicit rubber-stamp -- caused a radioactive water spill that doused and dosed a worker at its Oyster Creek, New Jersey decommissioning project. In 2018, Holtec's flawed dry cask storage design at San Onofre, California nearly caused a 50-ton loaded canister to fall nearly 20-feet.

For these and many other reasons, Beyond Nuclear, Don't Waste Michigan, and Michigan Safe Energy Future legally challenged Holtec's takeover of Palisades. But the NRC refused for 17 months to grant us our day in court, and then summarily told us to go jump in a Great Lake. We do call for expedited transfer of irradiated nuclear fuel out of the vulnerable pool, but not into Holtec's dubious and defective dry casks, but rather into safe and secure Hardened On-Site Storage, in order to protect health, safety, security, and the environment for the decades the irradiated nuclear fuel will likely be stuck at Palisades with nowhere to go. Palisades' restart would mean yet more high-level radioactive waste will be generated there, worsening already very serious ongoing risks.

Due to all the risks above, Governor Whitmer's unwise last-second scheme to bail out Palisades with billions of dollars of state and federal taxpayer money, in order to restart it for nine more years of operations, has to be stopped. We are happy Energy Secretary Granholm did so, by denying the federal bailout, a month ago. We call on Energy Secretary Granholm to do so again, as Holtec applies a second time.

Nearly a hundred environmental organizations, including 26 based in Michigan, wrote Governor Whitmer about their concerns with her Palisades bailout and restart scheme on June 8, 2022. On September 23, 2022, 68 environmental organizations wrote to Energy Secretary Granholm, expressing similar concerns, including the point that Palisades did not qualify for a Civil Nuclear Credit bailout, because it did not meet the requirements of the Bipartisan Infrastructure Law, nor even the Energy Department's own implementing regulations. This remains the case, so we urge the Energy Department to again reject Holtec's second bailout request.

In addition to the dangerously age-degraded Palisades reactor's bailout and restart being a non-starter, Holtec CEO Krishna Singh's other bait and switch -- to decommission Palisades, only to then construct and operate one or more so-called Small Modular (Nuclear) Reactors at the same site -- must be stopped. This scheme is also outrageous and very high-risk, as is Holtec's and the U.S. Department of Energy's scheme to ship highly radioactive wastes from Palisades to the Port of Muskegon on the surface waters of Lake Michigan.

It is now time to safeguard and secure the high-level radioactive waste stored on-site, to clean up the widespread hazardous radioactive contamination of the property before it further threatens Lake Michigan and adjacent groundwater aquifers, and to carry out a just transition for the workforce and host region, into the long overdue clean, safe, and affordable renewable and efficient energy system of the future.

Last but not least, Congress should demand the U.S. Nuclear Regulatory Commission require Palisades' age-degraded safety-significant systems, structures, and components -- particularly its badly embrittled reactor pressure vessel -- be comprehensively examined, and lessons learned be applied at still operating reactors, such as the Point Beach nuclear power plant on Wisconsin's Lake Michigan shore, Unit 2 of which is now the worst embrittled reactor pressure vessel in the country, if Palisades has in fact closed for good, as it should."