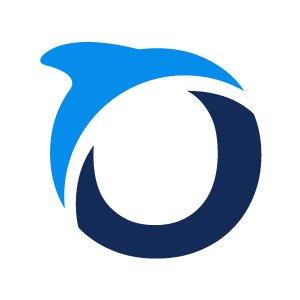 Five days before Hurricane Ida made landfall, the Department of the Interior announced that it would hold lease sale 257 for offshore drilling in the Gulf of Mexico, covering approximately 80 million acres. Since then, the U.S. Coast Guard has received nearly 350 reports of pollution, including multiple new oil spills, in the wake of the storm.

Oceana criticized the move by the Biden administration, which comes after President Biden committed to issuing no new leases for offshore drilling during his presidential campaign.

"We must end all new leasing for dirty and dangerous offshore drilling if we are going to address the climate crisis and reduce our reliance on fossil fuels," said Oceana campaign director Diane Hoskins. "On the campaign trail, President Biden committed to ending new offshore drilling and this proposed lease sale flies in the face of that commitment. The United States will continue to suffer from the devastating impacts of climate change until we act, and that starts by preventing new offshore drilling and its associated climate pollution. We urge President Biden to reverse course and stop this lease sale from moving forward."

Hurricane Ida decimated coastal Louisiana and many communities along the East Coast with sustained winds of 150 mph or more in some areas. The Category 4 hurricane made landfall on August 29, exactly 16 years after Hurricane Katrina ravaged the Gulf region, particularly Louisiana and Mississippi.

Hurricane Katrina left behind approximately $160 billion in damages and caused hundreds of oil and chemical spills, which leaked about 8 million gallons into the Gulf of Mexico and Gulf state waterways. The total environmental and economic damage from the more recent and powerful storm are not yet known.

"Extreme weather and hurricanes do not mix with offshore drilling," said Oceana marine scientist Sarah Giltz. "Hurricane-caused damage to oil and gas infrastructure is a leading cause of oil spills, and storms like Hurricane Ida are painful reminders of why we must stop the expansion of drilling. Expanded offshore drilling puts us at risk of more frequent oil spills and leads to more climate-changing greenhouse gas emissions, and as a result, more extreme weather events. In 2005, high winds and flooding from Hurricanes Katrina and Rita destroyed more than 100 platforms and damaged over 500 pipelines. In 2004, a mudslide triggered by Hurricane Ivan sank a Taylor Energy oil platform located off the coast of Louisiana, burying numerous wells under mud. The storm-damaged wells leaked oil and gas into the Gulf of Mexico for almost 15 years, and containment efforts continue to this day."

A recent analysis from Oceana found that ending new leasing for offshore oil and gas in the United States could prevent over 19 billion tons of greenhouse gas emissions as well as more than $720 billion in damages to people, property, and the environment nationally. Additionally, the analysis found that ending new leasing will safeguard the U.S. clean coast economy, which collectively supports around 3.3 million American jobs and $250 billion in GDP through activities like tourism, recreation, and fishing.

As of today, opposition and concern over offshore drilling activities includes:

For more information about Oceana's efforts to stop the expansion of offshore drilling, please click here.

Oceana is the largest international ocean conservation and advocacy organization. Oceana works to protect and restore the world's oceans through targeted policy campaigns.

oceana.orgPress PageAction Page
SIGN UP FOR OUR NEWSLETTER
Quality journalism. Progressive values. Direct to your inbox.
Follow Us
LATEST NEWS