Despite the bee’s disappearance from 87% of its native range, the Service announced in September that designating critical habitat for the species was “not prudent,” claiming that availability of habitat does not limit the bee’s conservation. The decision contradicted the agency’s own findings that habitat loss and degradation have contributed to the bee’s decline, worsened by the widespread use of insecticides and herbicides that directly kill the bee and the wildflowers it needs to survive.

“We have no other option but to take action against this administration for its failure to designate habitat for the rusty patched bumble bee," said Lucas Rhoads, staff attorney for the Pollinator Initiative at NRDC. “The Service’s excuses for failing to protect the bee’s home have no basis in either the agency’s own science or the law. This species can recover from its devastating decline only if we use every tool at our disposal to protect the bee and its habitat.”

The rusty patched bumble bee was once common in the Midwest and the Northeast but was protected as endangered in 2017. In addition to habitat loss and degradation, climate change and disease have also contributed to its decline.

“The Service’s refusal to provide the habitat protections this gravely imperiled bee so desperately needs is a betrayal of its mission to protect endangered species,” said Lori Ann Burd, environmental health director at the Center. “This beautiful bumble bee was once common across much of the country. But if we don’t protect the places where it breeds and feeds it will continue on its path toward extinction.”

“In 2019, the rusty patched bumble bee was declared by the legislature as Minnesota’s ‘official bee,’” said Tom Casey, board chair of Friends of Minnesota Scientific and Natural Areas. “We need to do everything we can to preserve and enhance habitat for this endangered pollinator.”

The rusty patched bumble bee was protected under the Endangered Species Act in January 2017 after a petition from the Xerces Society followed by a lawsuit by NRDC. The Service then failed to designate critical habitat by the statutory deadline, prompting another lawsuit by NRDC in 2019. A legal settlement with NRDC required the agency to move forward with a critical habitat determination in summer of 2020.

The decline of the rusty patched bumble bee is part of a troubling trend of declines in many of the 4,000-plus species of native bees in the United States.

About 90% of wild plants and 75% of leading global food crops — including 35% of the global food supply — depend on animal pollinators for reproduction, and the great majority of that work is done by bees.

Despite the growing evidence of declining bee populations, the rusty patched bumblebee is the only bee in the continental United States currently protected under the Endangered Species Act. 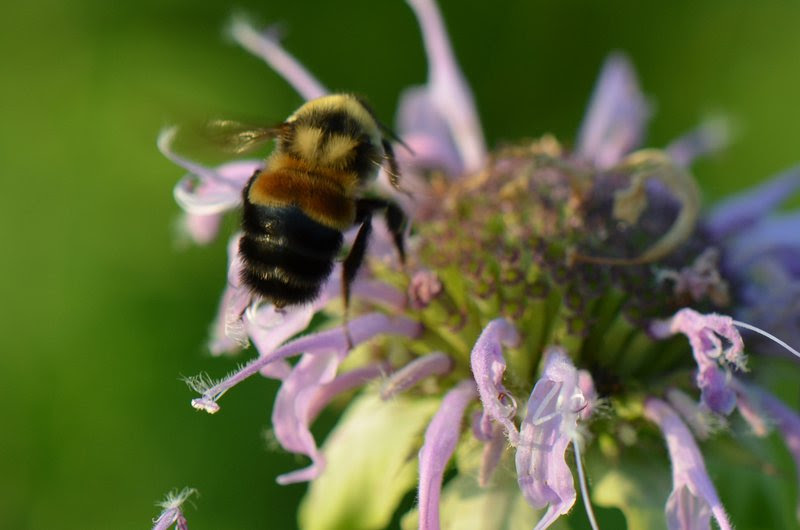 More in:
U.S.
,
Center for Biological Diversity, Biodiversity, Bees
News & Views for the 99%

END_OF_DOCUMENT_TOKEN_TO_BE_REPLACED

In this week's glass-half-full/half-empty news on COVID, half of Americans have now been vaccinated while all adults can be, and thousands of raving, paranoid, superspreading wingnuts just gathered in Tulsa - which evidently didn't learn anything from its last superspreader - to shriek "Q is the truth," argue vaccines are actually "experimental gene therapy," praise public hangings, and burn masks. Its woeful lesson: "Stupidity is the real epidemic."
Read More...
END_OF_DOCUMENT_TOKEN_TO_BE_REPLACED