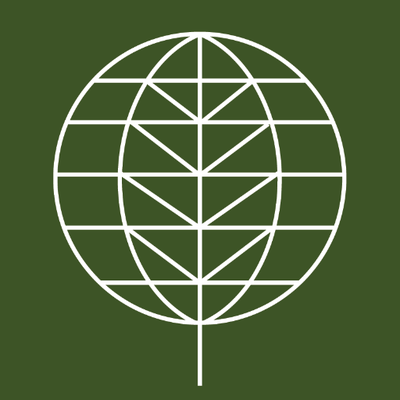 A new report released today by Earthworks shows that oil and gas company commitments on climate have to date failed to translate into significant climate action. The research tracks promises to cut methane and tackle climate from 8 major oil and gas companies and compares them to actions taken by those same companies to reduce climate pollution.

"The world doesn't have time for more PR tricks of saying one thing yet doing another," said Josh Eisenfeld, Corporate Accountability Communications Campaigner at Earthworks. "The climate crisis is here, and we need oil & gas companies to act to quickly reduce their total climate pollution."

The report and an accompanying scorecard measure the veracity of the oil and gas industry's commitments to cut methane emissions, including membership in organizations opposing government action on climate like the American Petroleum Institute, public statements about alignment with the Paris Accord, and of course, whether the individual corporations have been found to be polluting since making voluntary commitments to address methane emissions. The report uses these measures to provide a more holistic understanding of the priorities of major oil and gas companies.

The report finds that:

The contrast between companies' actions and their advertised positions demonstrates that strong, fast government action is required to hold industry accountable.

"There is an opportunity and an urgent need for the Biden Administration to quickly correct the anti-climate policies of the last four years to set the US and the world on track to avoid climate catastrophe in our lifetimes," said Lauren Pagel, Policy Director at Earthworks. "Oil and gas companies have the chance to prove that they're serious about climate action by supporting bold executive action that can establish national methane safeguards that can cut emissions 65% by 2025."

"No amount of spin changes the fact that the oil and gas extraction is wreaking havoc on our communities and our climate," said Nicole Ghio, Senior Fossil Fuels Program Manager at Friends of the Earth. "The industry's actions and lobbying show that producers are only interested in cleaning up their image, not their pollution."

"No oil company press release will ever change what rural families endure daily from the venting, leaking and flaring at well sites that surround their homes. Farmers and ranchers and their families are forced to breathe the toxic chemicals Big Oil dumps on their doorsteps. They need protection, not public relations," said Bill Midcap, Senior Policy Advisor at the Rocky Mountain Farmers Union.

"The people spoke in 2019, they want real reductions in GHGs. It's an imperative if we are to play our part in saving the planet. The first step, said the people, is a 26 percent decrease in those gases by 2025. It is up to Governor Polis to translate that command into action. So far he has been missing in action. It is not possible to continue to permit wells AND reduce the amount of pollution emitted at the same time. It doesn't add up. Polis needs to tell the polluters that their days are numbered. It's the law, " said Philip Doe, Environmental Director of Be The Change - Colorado.

"The Trump administration has given the fossil fuel industry a blank check to pollute nationally, and President-Elect Joe Biden must work quickly to repair and replace the public health protections gutted by Trump's EPA, specifically repairing the 2016 New Source Performance Standards for oil and gas facilities to include robust and comprehensive standards for methane leakage. It is the federal government's absolute responsibility to minimize greenhouse gas pollution from fossil fuel corporations so that we may avoid the worst effects of climate change," said Joseph Otis Minott, Executive Director of the Clean Air Council.

"My husband and I, and our community are adversely affected everyday by methane emissions. We would know if emissions had been reduced and they have not," said Lisa DeVille, Treasurer, Fort Berthold P.O.W.E.R. "It's important to us that this scorecard shows everyone what we know first hand to be true. These companies need to be held accountable and actually do what they say they are doing."

"Investors have been asking oil & gas companies to set stringent corporate methane reduction targets, backed by accurate emissions data, but with thousands of E&P companies operating in the US alone, a strong regulatory floor is essential. That is why institutional investors representing nearly $4trillion in AUM have supported strong federal methane regulations, needed to protect the health of the planet. Knowing the importance of corporate lobbying in policy-setting, Investors are also asking companies to align their lobbying and trade association membership with the goals of the Paris Agreement to limit planetary warming to no more than 1.5o C. The spotlight shone by EarthWorks on methane leaks by industry has been important in reminding the public of the persistence of the problem," said Christina Herman, Climate & Environmental Justice Program Director at ICCR (Interfaith Center on Corporate Responsibility).

Earthworks is a nonprofit organization dedicated to protecting communities and the environment from the adverse impacts of mineral and energy development while promoting sustainable solutions.

(202) 887-1872
www.earthworks.orgPress PageAction Page
SIGN UP FOR OUR NEWSLETTER
Quality journalism. Progressive values. Direct to your inbox.
Follow Us
LATEST NEWS