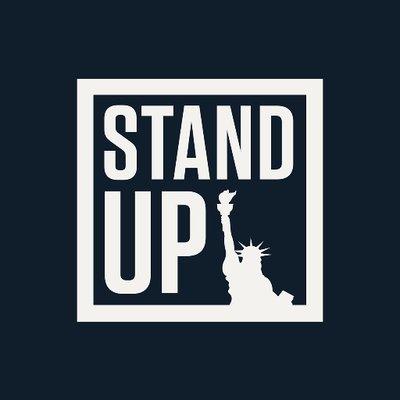 As COVID-19 continues to upend in-person voting and traditional GOTV programs, progressive advocacy group Stand Up America is announcing a $1.5 million electoral campaign to encourage millions of Americans to register to vote, vote by mail, and vote early in nine key presidential and Senate battleground states.

While one of the most consequential elections in American history unfolds amid a worsening pandemic, cash-strapped states are struggling to implement reforms to make in-person voting safe and accessible. That's why Stand Up America's electoral program will invest significant resources into helping millions of Americans register to vote from their homes, request and fill out their absentee ballots, and vote early in person.

Through a cutting-edge digital program, the group will use a combination of texting, phone banking, digital ads, and relational organizing tools to reach over 20 million Americans. With in-person organizing and GOTV derailed, Stand Up America's program will engage Black, Latinx, and younger Americans in Arizona, Florida, Georgia, Michigan, Montana, North Carolina, Pennsylvania, Texas, and Wisconsin entirely through digital organizing.

As a digital-first organization, Stand Up America has spent three years using innovative tactics to help its community of over two million progressives take action to resist Trump's corrupt agenda and protect our democracy, driving more than 1.3 million constituent calls and mobilizing tens of thousands of protestors. For the next three months, the multi-state program will use similar digital organizing tactics to remove Trump from the White House, flip the Senate, and lay the groundwork to pass bold democracy reforms in 2021.

Specifically, Stand Up America will:

"The American people cannot accept four more years of Trump's failed leadership, corruption, and attacks on the rule of law. Nothing less than our democracy is at stake this November, and that's why we must vote Donald Trump and his enablers out of office," said Sean Eldridge, Stand Up America Founder and President. "While Trump tries to undermine the election and suppress the vote in the middle of a pandemic, we'll refute his baseless lies about voter fraud and mobilize Americans to vote early, either in person or by mail. By reaching millions of voters in battleground states like Arizona, Florida, and Wisconsin, the Stand Up America community will help ensure that Trump is a one-term president."

The 2020 program will reach 25 times as many voters as Stand Up America's program did during the 2018 midterm elections, when the group texted 607,502 Americans to help get out the vote across the country and in key congressional districts. In 2018, Stand Up America also recruited 13,012 volunteers to help progressive candidates like Representatives Sean Casten (D-IL), Katie Hill (D-CA), Andy Kim (D-NJ), Harley Rouda (D-NJ), Mikie Sherrill (D-NJ), Elissa Slotkin (D-MI), and Jennifer Wexton (D-VA) get elected to Congress.

www.StandUpAmerica.comPress PageAction Page
SIGN UP FOR OUR NEWSLETTER
Quality journalism. Progressive values. Direct to your inbox.
Follow Us
LATEST NEWS