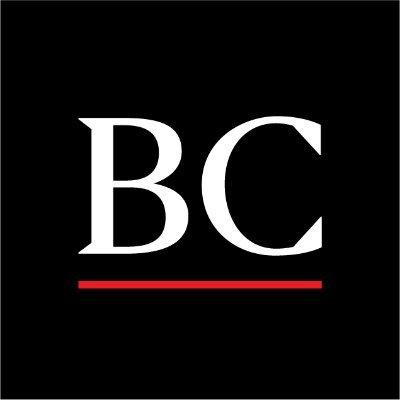 In a 5-4 ruling today, the U.S. Supreme Court, in Arizona State Legislature v. Arizona Independent Redistricting Commission upheld an Arizona ballot initiative, adopted by voters in 2000, which took redistricting power away from elected politicians and gave it to a nonpartisan commission.

The Court's ruling allows redistricting commissions to remain in place across the country. The decision also leaves intact dozens of other election laws enacted by ballot initiative, legislative referendum, or constitutional amendment. See the Brennan Center's interactive map detailing the kind of measures that were at risk.

"This decision reaffirms the people's authority to rein in self-dealing legislators," said Wendy Weiser, director of the Democracy Program at the Brennan Center for Justice at NYU School of Law, which submitted an amicus brief in the case. "The Constitution is not a barrier to states who want to address the problem of partisan gerrymandering."

"Today's ruling is a big win for voters because it validates the power of citizens to use the ballot box to combat dysfunction," said Michael Li, counsel at the Center. "By leaving in place important redistricting reforms in Arizona and California, the Supreme Court reaffirmed the principle that voters have the freedom under the Constitution to experiment with ways to make their democracy work better."

Li will join Seth Waxman from Wilmer Hale, Jessica Ring Amunson from Jenner & Block, and Kathay Feng from Common Cause, on a phone briefing at 1 p.m. ET today to discuss the decision's legal contours and what it means for state redistricting commissions. Dial: (857) 232-0158, Code: 603329.

The case, Arizona State Legislature v. Arizona Independent Redistricting Commission, challenged a state constitutional amendment adopted in 2000 by Arizona voters, which created a politically neutral commission drawing new boundaries for the state's congressional districts every 10 years. Before the amendment, the state legislature, as in many states, had been responsible for setting and adjusting district lines.

The Commission drew district boundaries in 2001 and again in 2011. After the 2011 redistricting, however, the Republican-controlled state legislature sued the Commission, arguing that use of the Commission to draw maps violated the U.S. Constitution's Elections Clause. At issue was a portion of the Elections Clause that provides that the "times, places and manner of holding elections for Senators and Representatives, shall be prescribed in each state by the legislature thereof." Because redistricting traditionally has been construed to fall within the ambit of "manner" of holding elections, Arizona argued the strict language of the clause means congressional districts can be drawn only by state legislatures.

A three-judge federal panel rejected the challenge in 2014 in a 2-1 decision, holding that the use of the term "legislature" in the Elections Clause should be read to refer to the entirety of a state's legislative process, including ballot initiatives passed by the voters.

See the Brennan Center's amicus brief here. See a summary of the other briefs here.

"In order to be equipped for a warmer world, we have to anticipate changes, get the affected parties on board, and take advantage of local knowledge," said one researcher.

Scientists at the University of Hamburg in Germany argued Wednesday that meeting the 2015 Paris climate agreement's goal of limiting planetary heating to 1.5°C is "currently not plausible"—but warned that despairing over climate "tipping points" risks taking attention away from "the best hope for shaping a positive climate future... the ability of society to make fundamental changes."

The Hamburg Climate Futures Outlook assessed the planetary impacts of several "physical processes that are frequently discussed as tipping points." These include the melting of sea ice in the Arctic and glaciers at the North and South Poles; the weakening of the Atlantic Meridional Overturning Circulation (AMOC), the system of ocean currents that carries warm water upward into the North Atlantic; and "dieback" in the Amazon rainforest, in which rising temperatures would dry out trees and eventually change the forest landscape into a savanna, releasing billions of tons of stored carbon.

Intentionally sinking the vessel "would equate to a state-sponsored environmental crime," said one shipbreaking expert.

The former flagship of Brazil's navy—an ex-French aircraft carrier built in the late 1950s that environmentalists estimate contains hundreds of tons of highly carcinogenic chemicals—will be scuttled at sea after being denied permission to be scrapped in Turkey, Brazilian naval officials said on Wednesday.

The NAe São Paulo (A-12), an 870-foot Clemenceau-class carrier first commissioned by the French navy in 1963 as the Foch, will be sunk using explosives about 217 miles off Brazil's coast in the country's exclusive economic zone at a depth of around 16,000 feet, Brazilian Environmental Minister Marina Silva said after a federal judge denied a government request to stop the sinking on environmental grounds.