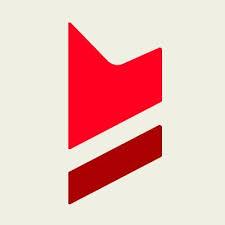 The world is facing climate and economic crises, people are
experiencing serious impacts and without urgent action the world is in
peril. Mere weeks away from the important climate negotiations in
Copenhagen, Denmark, world leaders are already warning that urgent
action may not come soon. This must change.

The Council of Canadians and the Canadian Labour Congress have produced
Green Decent and Public, a report focused on opportunities for the
public sector to play a prominent role in generating good jobs. Green
Decent and Public focuses on opportunities for improving energy
efficiency and rapidly expanding electricity production from renewable
resources. Public and community ownership of renewable power is offered
as an alternative that has distinct advantages to further market
liberalization in the electricity sector. These advantages include
retaining economic revenues, maximizing social benefits, prioritizing
conservation and ensuring energy security.

Founded in 1985, the Council of Canadians is Canada's leading social action organization, mobilizing a network of 60 chapters across the country.

A month after the two largest pharmacy chains in the United States announced their efforts to become certified to dispense abortion pills by mail, in accordance with a new Food and Drug Administration rule, the Republican attorneys general of 20 states on Wednesday warned the companies that providing the medications by mail in their states could result in legal action against them.

In a letter co-signed by 19 attorneys general from states that have banned or attempted to ban abortion since the U.S. Supreme Court overturned Roe v. Wade last year, Attorney General Andrew Bailey of Missouri wrote to officials at Walgreens and CVS and suggested that they could face litigation if they follow new regulatory guidelines introduced by the FDA in early January.