SUBSCRIBE DONATE
Published on
Friday, May 22, 2020
by
Fairness and Accuracy In Reporting (FAIR)

For decades VOA has enjoyed the best of both worlds for a Western media organization: operating at the government’s behest while masquerading as an exemplar of the free press.

If the Trump administration has its way, the US State Department–funded news organization Voice of America may pivot further right. Senate Republicans today moved closer to installing reactionary media executive Michael Pack as head of the US Agency for Global Media, which governs Voice of America and other US state-run media. The decision follows Trump’s recent rebuke of the outlet for being inadequately nationalistic. 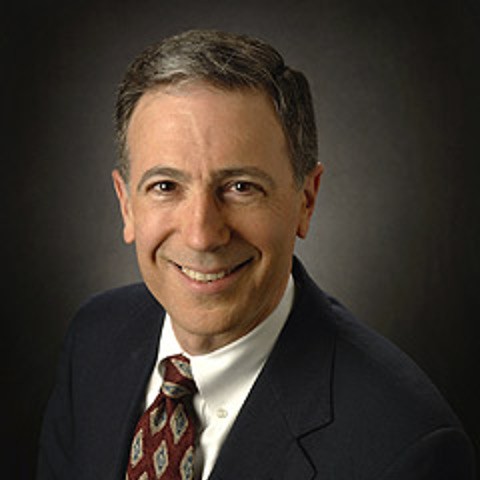 That Pack, a candidate since 2017, is the Trump administration’s choice comes as no surprise, given his ideological and professional record. Pack has spearheaded a number of documentaries with decidedly rightward bents for PBS, from an indictment of political correctness to a celebration of conservative Supreme Court Justice Clarence Thomas. Moreover, his résumé features the right-wing Claremont Institute and its quarterly Claremont Review of Books, as well as filmmaking collaborations with white nationalist Steve Bannon via Pack’s company Manifold Productions.

The specter of a Trump-led state-run media landscape has been haunting leading press outlets, spurring them to rush to VOA’s defense. Washington Post columnist Colbert King (4/18/20), for example, described Trump’s actions as “McCarthyism” and a “war on the VOA.” A New York Times news report (4/10/20) called VOA “a source of information especially in countries where democracy and freedom of the press are under attack”, and published (5/8/20) quotes from VOA director Amanda Bennett that insisted the publication was independent from state doctrine. (Bennett was appointed in March 2016, prior to Trump’s election.) Meanwhile, VOA (5/7/20) itself presented Trump’s broadsides as proof that “US-funded news doesn’t mean US-approved.”

Major media have thus reached a consensus: Despite their official funding, VOA and its parent agency are neutral, even noble entities—unless Trump is involved.

It is, of course, entirely fair for the corporate press to air concerns about a Breitbart-style conception of Washington-run visual and print media. But for the New York Times and its media cohorts to imply that VOA or any other organizations under the US Agency for Global Media umbrella are virtuous and independent is categorically dishonest.

While VOA is labeled as “balanced” and “objective” in its charter, this doesn’t change the fact that it’s still under state control. VOA was founded during World War II to, in its own words, “communicate America’s views abroad,” and was transferred to the US State Department in 1945. Its congressional support grew with the dawn of the Cold War and the Korean War; on its PR website, VOA vaunts its role in “pro-democracy” movements in China and the dissolution of the Soviet Union. For decades, then, VOA has enjoyed the best of both worlds for a Western media organization: operating at the government’s behest while masquerading as an exemplar of the free press. 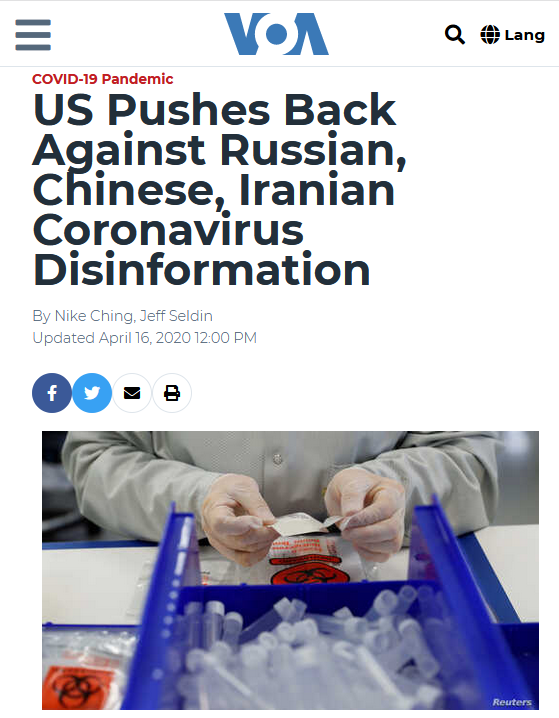 VOA’s legacy of conformity to the official state line while crowing about its own credibility has only continued. In the infancy of post–2016 election animus toward Russia, former VOA White House correspondent Dan Robinson wrote in the Columbia Journalism Review (3/30/17) that “taxpayers…expect VOA to be a key player in countering terrorist and Russian disinformation.” In 2019, VOA’s parent agency collaborated with a coterie of regime-change pushers—the State Department’s Global Engagement Center, Atlantic Council, InterAmerican Dialogue, and the National Endowment for Democracy—in a two-day training session on “responsible journalism” and “countering disinformation” in Latin American news coverage. These warnings of “disinformation” from Official Enemies persisted into the Covid-19 pandemic, as VOA (4/16/20) echoed unverified State Department accusations against Iran, China and Russia. (See FAIR.org, 4/9/20.)

This context is essential to understanding the limitations of any integrity VOA is reported to have, both in previous years and now. The Trump administration has renewed its calls for Pack’s confirmation, both generally to shift VOA’s already US-boosting tone rightward, and specifically to counter the outlet’s coverage of China during Covid-19. An official White House newsletter (4/10/20) berated VOA for “promoting foreign propaganda”—that is, citing statistics on the virus from Beijing, and tweeting a video about the end of the lockdown in China’s Wuhan province.

Prominent media have responded that VOA is, indeed, adversarial to China, an apparent linchpin of its editorial autonomy. VOA released a statement in April boasting that it had “thoroughly debunked much of the information coming from the Chinese government and government-controlled media,” backing this claim with links to over a dozen related articles; the New York Times (4/10/20) lent this hearty support. The Washington Post editorial board (4/10/20) chimed in as well, with the headline “No, Mr. Trump, VOA Is Not Chinese Propaganda. Now Don’t Turn It Into US Propaganda.” That the metric of VOA’s own independence is its very adherence to US state orthodoxy—in this case, decrying China—is, to say the least, sharply ironic.

How baldly right-wing VOA’s leadership becomes has yet to be seen; after today’s vote, amid an investigation over unlawful use of funds, the decision moves to the Senate floor. But no matter how impartial VOA’s staff members fancy themselves, to quote the aforementioned Dan Robinson (CJR, 3/30/17), “the fact remains that every two weeks they accept government paychecks”—and are supervised by a political appointee answerable to the president. Whether VOA more resembles the Washington Post or Fox News, it’ll ultimately stick to the State Department script.

END_OF_DOCUMENT_TOKEN_TO_BE_REPLACED

Six years after the murder of Michael Brown and a week after thug feds left Portland, savage video and a damning report show U.S. police continue to abuse and attack people, especially those of color, with little to no consequence. In the latest proof police are still "on George Floyd's neck," prosecutors just decided not to charge the Ferguson cop who killed Brown, and left his body in the street. Police: They're "upholding the rule of law." Michael Brown Sr: "Justice has not been served."
Read More...
END_OF_DOCUMENT_TOKEN_TO_BE_REPLACED