SUBSCRIBE DONATE
Published on
Wednesday, February 26, 2020
by
The Progressive

There are deep parallels between what Bernie Sanders is proposing and what Franklin Delano Roosevelt promised.

On a bright Saturday afternoon, a week before polls were set to open for the South Carolina Democratic primary, the First Calvary Baptist Church in Columbia, South Carolina, was brimming.

More than a hundred people had gathered at the church for a “community conversation” regarding the candidacy of Senator Bernie Sanders, featuring Minnesota Attorney General Keith Ellison and Dr. Cornel West. 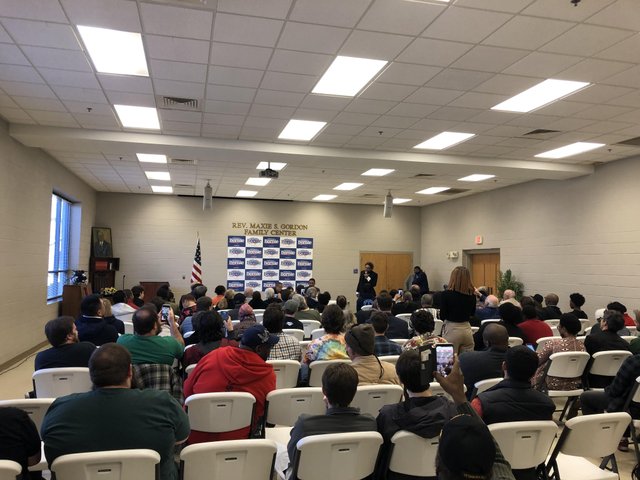 Though the crowd was diverse, when I asked attendees why they supported Sanders, most gave the same reasons: Medicare for All, the promise of a universal and publicly funded health insurance program, and free public college and lower student debt.

“We know what it’s like to work three jobs and not have health insurance,” said Elgin resident Addie Puszczewicz, a stay-at-home mom who came to the event with her young son and husband, a truck driver. 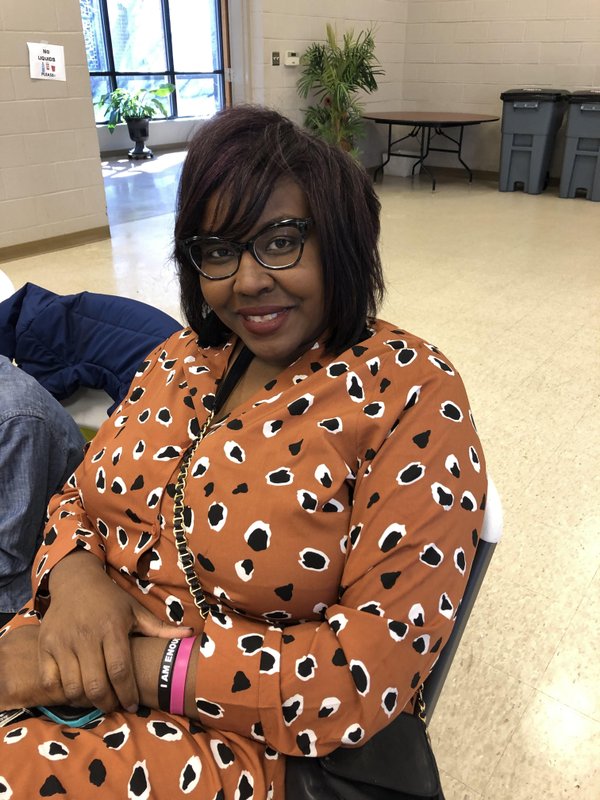 In a larger sense, the dozen people I interviewed said workers across the country are struggling. And that, under a Sanders administration, they believed things might get a bit easier in states like South Carolina, where one out of every three jobs pays less than $25,000 a year.

“The wealth gap is ridiculous,” said Daniel Harkness, a thirty-three-year old who works in manufacturing. “I grew up in a poor neighborhood in Columbia and appreciate the fact that Bernie wants to make changes to help.”

Despite their concerns, only a few of those I met had heard of Sander’s Twenty-First Century Economic Bill of Rights, an all-encompassing platform that includes Medicare for All, a federal minimum wage hike to $15 an hour, and tuition-free college, among other policies.

Increasingly, Sanders surrogates on the campaign trail have framed the candidate’s ideas as an extension of the Economic Bill of Rights, a concept first proposed in 1944 by President Franklin Delano Roosevelt in his State of the Union address.

“In 1944, FDR proposed an Economic Bill of Rights,” said Nina Turner, the former Ohio senator and national Sanders campaign co-chair, at a rally in New Hampshire earlier this month. “A right to a job, right to a living wage, right to affordable housing, right to a quality education, right to a secure retirement, right to decent housing. Who does that sound like?”

Roosevelt’s Economic Bill of Rights came about at the end of World War II, building on a concept he supported at the outset of his presidency in 1933. He laid out his vision more clearly in 1941, when he described the “Four Freedoms” that he believed should be guaranteed to all people: freedom of speech and expression, freedom to worship, freedom from want, and freedom from fear.

It was the freedom from want that Roosevelt hoped to codify through a constitutional amendment, in the same way the Bill of Rights guaranteed the right to freedom of speech, religion, and press, says Harvey Kaye, a professor of Democracy and Justice Studies at the University of Wisconsin-Green Bay. Kaye authored the 2015 book The Fight for the Four Freedoms: What Made FDR and the Greatest Generation Truly Great.

“We have come to a clear realization of the fact that true individual freedom cannot exist without economic security and independence,” Roosevelt said in the 1944 speech. “Necessitous men are not free.”

The Economic Bill of Rights never came to fruition because Roosevelt’s illness and eventual death prohibited him from pushing further for the amendments. With his campaign, Sanders has now taken on the mantle of this bill of rights.

One of the proposals that Roosevelt outlined, “the right to adequate medical care and the opportunity to achieve and enjoy good health,” sounds similar to the hope expressed by many Sanders supporters at the community conversation.

Of course, Sanders is not the only Democratic candidate to propose legislation in the vein of the Economic Bill of Rights to mitigate rampant wealth inequality.

None of these candidates, however, have placed their policies so explicitly in the lineage of Roosevelt’s Economic Bill of Rights as Sanders.

None of these candidates, however, have placed their policies so explicitly in the lineage of Roosevelt’s Economic Bill of Rights as Sanders. While Sanders has not proposed a constitutional amendment for his economic rights as Roosevelt did, the point is already subject of debate among those who study Roosevelt.

Kaye says Roosevelt was serious about the constitutional amendment, but some scholars, such as Harvard Law School Professor Cass Sunstein, argue that the President never planned to actually go through with pushing for this amendment. Sunstein says the rights were merely a framework to advocate economic rights be respected to the same extent as social rights.

Michael Wukela, Sanders’s South Carolina communications director, says that for the campaign today, the Economic Bill of Rights is not a proposed amendment but a framework to show the interconnectedness of policies aimed at returning power to people and restoring American democracy.

“We’re not a nation with a king and a queen, but we’re a nation of citizens beholden to each other and only each other,” Wukela says. “This country goes through cycles, and when we have a few people getting so far ahead of everyone else in terms of wealth, we start having a shift away from that.”

Mark Paul, an assistant professor of economics and environmental studies at the New College of Florida, co-authored the 2018 article in The American Prospect. “An Economic Bill of Rights for the Twenty-First Century,” and is currently working on a book expanding on the piece.

“I think with the rise of Trump, people are done with marginal changes and are looking for bigger structural changes, and that’s what the Economic Bill of Rights offers,” says Paul. He added that provisions, such as rights to banking and financial services, should be added to Roosevelt’s original list in order to update it for the modern economy.

Sanders’s rights package contains important legislative components, such as those for Medicare for All and the Green New Deal, which promise massive investment and job creation as part of a strategy to combat climate change. But Paul says it is also a tool to organize the Democratic platform.

“In 2016, Democrats didn’t have a singular message,” Paul says. “People were angry about college and health care and environmental concerns and racism. All these things are important, but the goal for the Economic Bill of Rights is to bring them together under one roof.”

Sophie Vaughan is a freelance writer traveling to and reporting from hot spots of the 2020 election.

Remaking the World Starts With the Green New Deal

Juan Cole
By Supporting Trump's Move of the US Embassy to Jerusalem, Biden Enabled Israeli Ethnic Cleansing of Palestinians
END_OF_DOCUMENT_TOKEN_TO_BE_REPLACED
Connect With Us

END_OF_DOCUMENT_TOKEN_TO_BE_REPLACED

In a sickeningly cynical move into "intersectional imperialism," the CIA has a new campaign that giddily weaponizes progressive buzzwords to coax young POC into their regime-changing, death-squad-funding, empire-building global adventures. Meet Mija, an Ecuadorian, anti-patriarchy "cisgender milennial" in a raised-fist t-shirt proclaiming, "I am unapologetically me" - CIA-ese for, "And I won't apologize for killing you, or anyone, really."
Read More...
END_OF_DOCUMENT_TOKEN_TO_BE_REPLACED