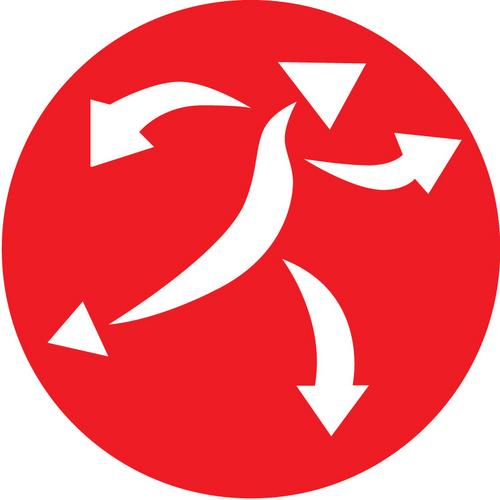 Exxon's exploitative oil deal with Guyana will cause the country to lose up to US$55 billion, according to a new Global Witness investigation based on an OpenOil analysis.

Exxon's exploitative oil deal with Guyana will cause the country to lose up to US$55 billion, according to a new Global Witness investigation based on an OpenOil analysis.

The new report, Signed Away, shows how the oil major used aggressive tactics and threats to pressure inexperienced Guyanese officials to sign the deal for the Stabroek license--one of the world's largest oil finds in years.

"It is shocking that Exxon would seek such an exploitative deal in one of the Western Hemisphere's poorest countries," said Jonathan Gant, Senior Campaigner at Global Witness.

"Guyana's urgent development needs--such as building new hospitals and schools, and protecting itself from rising sea levels that put 90% of the population at risk--will not be met by Exxon walking away with an extra US$55 billion in its back pocket."

Exxon's original license for the Stabroek oil block--off Guyana's Caribbean coast--dates back to 1999. However, in April 2016, after Exxon found oil in the block, the company set out to pressure Guyanese officials to sign a rushed, new contract to renew its oil license - knowing that its existing license was running out.

Evidence seen by Global Witness shows how Exxon paid for a lavish trip for Natural Resources Minister Raphael Trotman to visit its Texas headquarters during the Stabroek negotiations. The trip included a first-class flight, limousine transportation, and an extravagant dinner at an exclusive restaurant.

This may violate Exxon's internal policy, stating that staff should consider whether gifts to officials may "improperly influence pending business decisions." Exxon denies any wrongdoing, saying it is "committed to the highest standards of business conduct, and we follow all local laws and regulations," while Trotman has said he saw nothing wrong with travelling to Texas on Exxon's dime.

The investigation also reveals how Trotman knew Exxon would soon announce its oil find results, but rushed to sign the deal anyway, despite the advice of experts.

Trotman may have also suffered from a possible conflict of interest as he has been close political allies with one of Exxon's Guyanese lawyers. The lawyer - Nigel Hughes - has denied he represented Exxon on the deal, but admitted that his firm has represented Exxon since 2009 and that he has worked for the company on other matters.

Global Witness does not have evidence that Trotman's Stabroek negotiations were influenced - unwittingly or otherwise - by his expensive Texas trip or his ties to Hughes. But the relationship between Trotman, Hughes, and Exxon should be investigated.

Global Witness calls on Guyanese officials to investigate the Exxon deal and the ministers involved, and to demand a new, fair license. Global Witness also calls on US authorities, including the State Department, to support renegotiation.

A fiscal study conducted by the expert analysts at OpenOil - commissioned by Global Witness and released alongside this investigation - estimates Guyana is set to lose an average of US$1.3 billion per year. Recovering this money through renegotiating a fair deal could boost the country's annual US$1.4 billion budget.

In letters to Global Witness and OpenOil, Exxon disputed OpenOil's findings, saying that they did not account for Guyana's "frontier" status as an oil producer. However, the company did not comment on the detail of OpenOil's fiscal analysis. Trotman also told Global Witness that getting maximum revenues from Exxon was not the government's main aim and the country needed Exxon to help protect its borders from Venezuela. Guyana's Foreign Minister Carl Greenidge argued that any analysis must focus not only on financial data from international oil deals but on Guyana's strategic considerations and the risk to Exxon of military conflict in the area.

OpenOil studied reports of the financial terms of government oil contracts around the world, including by the International Monetary Fund. These reports show that, based on international data, Guyana is receiving a lower profit share from Exxon than many other international oil deals.

The Stabroek deal is not the only questionable license that Exxon obtained in Guyana. Evidence seen by Global Witness also shows that the two other Guyanese oil licenses - called Kaieteur and Canje - raise red flags for corruption. They were initially awarded to companies with limited experience that flipped shares of their licenses to Exxon before doing any real work.

The official who awarded Kaieteur and Canje - former Natural Resources Minister Robert Persaud - issued the licenses just before leaving office in 2015 and has shown an extraordinary degree of ignorance about the ultimate owners of the winning companies. The companies who initially obtained Kaieteur and Canje have denied wrongdoing, as have Exxon and Persaud.

"Exxon's Kaieteur and Canje licenses raise corruption red flags and should be investigated," said Gant. "Given these problems and the threats to Guyana posed by the global climate emergency, Guyana should renegotiate the Stabroek license and then ban all new drilling in the country."

Global Witness also calls on the US State Department to encourage Exxon to renegotiate with Guyana.

See the full report Signed Away: How Exxon's exploitative deal deprived Guyana of up to US$55 billion here.

Exxon's license was analyzed by the financial experts at OpenOil. A full version of the report - commissioned by Global Witness and entitled How much revenue will Guyana lose out on in Stabroek? - can be found here.

Many of the world's worst environmental and human rights abuses are driven by the exploitation of natural resources and corruption in the global political and economic system. Global Witness is campaigning to end this. We carry out hard-hitting investigations, expose these abuses, and campaign for change. We are independent, not-for-profit, and work with partners around the world in our fight for justice.

globalwitness.orgPress PageAction Page
SIGN UP FOR OUR NEWSLETTER
Quality journalism. Progressive values. Direct to your inbox.
Follow Us
LATEST NEWS

'I Didn't Come to Congress to Be Silent,' Says Omar as GOP Removes Her From Foreign Affairs Panel

"Is anyone surprised that I am somehow deemed unworthy to speak about American foreign policy? Frankly, it is expected, because when you push power, power pushes back," Rep. Ilhan Omar said.

House Republicans on Thursday voted to remove Rep. Ilhan Omar from the chamber's foreign affairs committee, a step that prompted fury from Democratic lawmakers who called the GOP's resolution an act of "unbelievable bigotry."

Speaking for herself in floor remarks ahead of the vote, Omar (D-Minn.)—a vocal defender of global human rights and trenchant critic of U.S. foreign policy—said that "this debate today is about who gets to be an American."

A month after the two largest pharmacy chains in the United States announced their efforts to become certified to dispense abortion pills by mail, in accordance with a new Food and Drug Administration rule, the Republican attorneys general of 20 states on Wednesday warned the companies that providing the medications by mail in their states could result in legal action against them.

In a letter co-signed by 19 attorneys general from states that have banned or attempted to ban abortion since the U.S. Supreme Court overturned Roe v. Wade last year, Attorney General Andrew Bailey of Missouri wrote to officials at Walgreens and CVS and suggested that they could face litigation if they follow new regulatory guidelines introduced by the FDA in early January.