SUBSCRIBE DONATE
Published on
Monday, December 07, 2020
by
The Progressive

How Biden Should Tackle the Climate Crisis

The Green New Deal makes social and racial justice inseparable from climate policy, but it’s unclear whether Biden will do the same.

On January 20, 2021, when President-elect Joe Biden takes office, he will be able to undo some of Trump’s damage to the environment by executive actions. Environmental organizations want these to include investigating and prosecuting fossil fuel polluters; ending fossil fuel subsidies and fossil fuel extraction on public lands; and denying permits for new fossil fuel infrastructure.

Of course, executive orders only go so far. Equally important are the signals Biden sends regarding climate policy.

Of course, executive orders only go so far. Equally important are the signals Biden sends regarding climate policy through his recent appointments and the names he has floated for his Cabinet. And how does the President-elect’s Climate Action Plan compare with the Green New Deal—to address not only the climate crisis but also the economy, health care, housing, and other issues related to environmental and social justice?

Environmental organizations are cheering Biden’s choice of former Secretary of State John Kerry as climate envoy within the National Security Council. It is the first time a seat on the council has been devoted to climate change, reflecting that the Biden Administration deems it a security issue informing domestic and foreign policy.

As Varshini Prakash, co-founder and executive director of the Sunrise Movement, tweeted, “I served with [Secretary] Kerry this summer on the Biden-Sanders taskforce & one thing is clear: he really does care about stopping climate change. That’s something we can work with.”

In July, the Biden-Sanders Climate Task Force, co-chaired by Kerry and Representative Alexandria Ocasio-Cortez, Democrat of New York, put forward a new climate plan, drawing on ideas in the Green New Deal. It ratchets up the amount of action and funding from $1.7 trillion over ten years to $2 trillion over four years. It also narrows the timeline for getting to zero emissions. 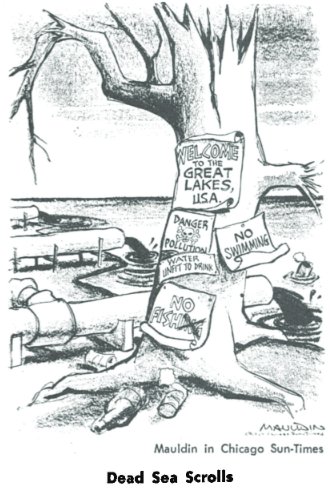 Referencing the United Nation’s call for CO₂ emissions to be reduced 45 percent by 2030, the task force states that plans for 2035 or 2050 are too far in the future. Instead, it demands “100 percent clean, renewable energy by 2030 in electricity generation, buildings, and transportation.” It also argues for “near zero by 2040,” stating “that’s what science indicates is necessary. It’s also doable.”

The task force calls for phasing out four things: fossil-fuel use, fossil-fuel leasing on public lands, approval of new fossil-fuel infrastructure and fossil-fuel extraction. It also prescribes a “massive investment in renewable, clean, green energy infrastructure,” such as shifting all federal, state, and local fleets to electric vehicles.

A key question for the Biden Administration will be whether it continues the legacy of the Obama Administration, including its missteps, or takes the kind of bold and ambitious steps needed to address the climate crisis.

While the Biden-Sanders Climate Task Force shifted the Biden plan dramatically toward the Green New Deal, notable differences remain. Here are some key issues to look out for with regard to climate change in the Biden Administration:

A key question for the Biden Administration will be whether it continues the legacy of the Obama Administration, including its missteps, or takes the kind of bold and ambitious steps needed to address the climate crisis.

Fracking: Biden’s original climate plan does not mention a ban on new or existing fracking. When asked in a Democratic debate on July 31, 2019, “would there be any place for fossil fuels, including coal and fracking, in a Biden Administration?” Biden responded, “No, we would—we would work it out. We would make sure it’s eliminated and no more subsidies for either one of those, either—any fossil fuel.” The timeline to emission neutrality put forward by both the Biden-Sanders Climate Task Force and the Green New Deal, however, implies that fracking would be banned.

Nuclear energy: Biden’s original plan said it would work to “identify the future of nuclear energy,” stating that “to address the climate emergency, we must look at all low- and zero-carbon technologies.” Ernest Moniz’s name has been floated as a possible Secretary of Energy. The nuclear physicist served in this capacity for the Obama Administration. That prospect concerns many climate advocates: Moniz was the architect of Obama’s “all of the above” energy strategy and has ties to the fossil fuel industry. 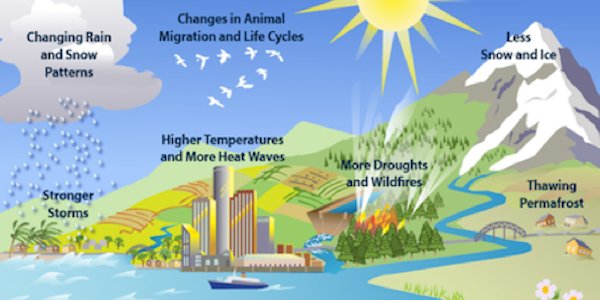 A transition to clean renewable energy: It remains to be seen how ambitious the Biden Administration will be in supporting a transition to clean renewable energy. One key upside of the plans put forward by the Biden-Sanders Task Force, by Biden originally and in the Green New Deal, is the framing of renewable energy as a job creator and ensuring that these jobs meet strong labor standards and promote union jobs. The inclusion of Lonnie Stephenson of the International Brotherhood of Electrical Workers on the Sanders-Biden Climate Task Force had already signaled this priority.

Historical responsibility (internationally): Biden’s plan highlights that China is the largest global emitter of CO₂. The United States has used precisely this rationale at the annual U.N. climate negotiations to hinder more ambitious targets—for example, Copenhagen in 2009. In doing so, the United States downplays its own historical responsibility for climate change, instead of showing true leadership skills and making the first step.

Historical responsibility (domestically)—Most importantly, Biden’s plan differs from the Green New Deal in how the latter centers environmental and social justice. The Green New Deal highlights systemic injustices related to the environment and how they disproportionately affect Indigenous people, communities of color, migrant, deindustrialized and rural communities, the poor, low income workers, women, the elderly, the unhoused, the young, and people with disabilities.

Green jobs: The Green New Deal also centers workers. Focusing on employment and wages, the resolution notes “a four-decade trend of wage stagnation, deindustrialization, and anti-labor policies,” despite worker productivity, and the “greatest income inequality since the 1920s,” with a notable divide along race and gender. It promises not only to achieve net-zero greenhouse gas emissions but also to create millions of good, high-wage jobs.

Charlie Jiang, climate campaigner at Greenpeace, told The Progressive that Greenpeace demands “climate policy that is committed to worker’s rights and to Indigenous sovereignty. Biden needs to show voters in frontline communities that he will make good on his campaign promises. That’s why, along with hundreds of other organizations, we are opposed to having Cabinet appointees who have close relationships with the fossil-fuel industry. We need to move beyond the corporate relationships and corporate lobbyists of the past.”

There are numerous ways to ensure environmental and social justice beyond executive action.

Following this line of thinking, Tamara Toles O’Laughlin, North America Director at 350.org, said there are numerous ways to ensure environmental and social justice beyond executive action. For example, “there is movement in the Federal Reserve for climate financing that could also extend to HUD and FEMA.”

In its semi-annual report released on November 11, the Federal Reserve, for the first time, highlighted climate change as a threat to the financial system, as reported by Victoria Guida at Politico. “Additionally, Biden can work to hold corporations accountable,” Toles O’Laughlin stated, “Elections have consequences.”

It is unclear whether environmental justice and social justice will be the framing, or the afterthought, for the incoming Biden Administration. If Biden goes for the former, his administration would not only address the climate crisis but also create a more equitable world.

Tina Gerhardt is an environmental journalist who covers climate change, UN climate negotiations and energy policy. Her work has been published by Common Dreams, Grist, The Nation, The Progressive, Sierra and the Washington Monthly.

Richard Heinberg
Insurrection, Pandemic, and Censorship
END_OF_DOCUMENT_TOKEN_TO_BE_REPLACED
Connect With Us

END_OF_DOCUMENT_TOKEN_TO_BE_REPLACED

In a wrenching addendum to the drama of a day that saw the only U.S. president in history be impeached twice, the righteous charge to remove him was led by Maryland Rep. Jamie Raskin, whose 25-year-old son Tommy just died by suicide. The day after burying Tommy and feeling him " very much with me and my heart," Raskin was applauded by colleagues who knew of his loss as he came to certify the vote cut short by the riot; he did his duty because, "Change is made by people who show up."
Read More...
END_OF_DOCUMENT_TOKEN_TO_BE_REPLACED