Winners and Losers From Trump Throwing Syrian Kurds Under the Bus

Washington’s crusade against Iran and Russia (in the latter case with the exception of Trump) is irrelevant to this move, which is mainly about the Kurds and America’s further betrayal of them after they defeated ISIL for us.

It is difficult to see in what way Russia is benefited by Turkey’s incursion into northeast Syria. (Photo: @LevHavryliv/Twitter)

The reasons for which the Washington Establishment is appalled at Trump’s abrupt withdrawal of US special operations troops from northern Syria are not necessarily the right ones.

I have enormous respect for McGurk, a seasoned diplomat with vast and intensive experience in the field, who played an important role in the defeat of the ISIL terrorist cult and earlier in negotiating the release of US prisoners in Iran.

But I disagree with this take on Trump’s move out of Syria (and apparently Trump intends to transfer out the remaining 200 special operations personnel, which he may as well, since they will be persona non grata in Kurdish Syria).

It is difficult to see in what way Russia is benefited by Turkey’s incursion into northeast Syria.

Russia and Turkey are more or less low-key enemies in Syria. Russia backs to the hilt the Baathist government of President Bashar al-Assad and has given his Syrian Arab Army (SAA) troops intensive air support as they have reconquered most of the country.

Two large enclaves remain out of Damascus’s control, Idlib province in the northwest and Kobane and the Jazira in the northeast.

For Americans, if you map Syria onto the US, Idlib is Idaho and the Jazira is Maine, Vermont and New Hampshire. That is, Idaho is fundamentalist Sunni Arabs and Maine is Kurds (Kurds are not Arabs but speak an Indo-European language related to English). 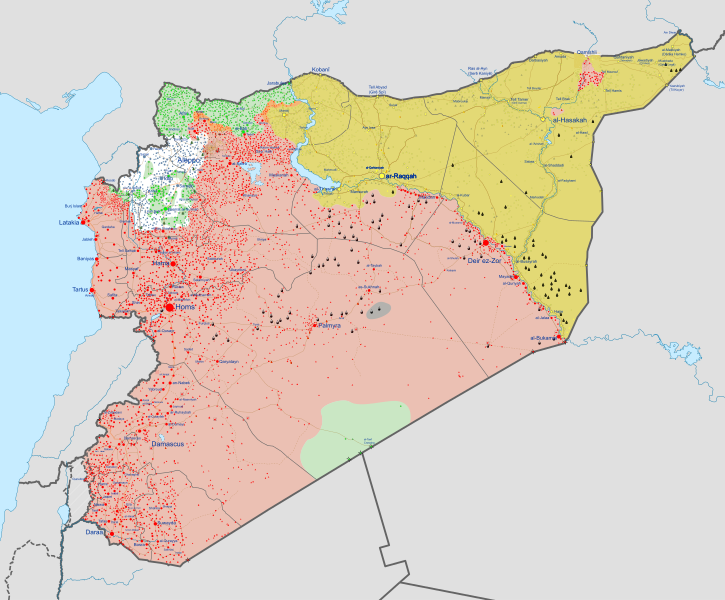 Idlib is a rural Sunni province to which many Sunni opponents of the al-Assad regime (which is dominated by Alawite Shiites) have fled. Much of it is dominated by hard line Salafi vigilante movements, some of them with at least past ties to al-Qaeda.

Russia and al-Assad have been nibbling at Idlib and its frontiers, gradually provoking yet more waves of refugees to the north.

Turkey is terrified that a big push by al-Assad and Putin north into Idlib will provoke 3.5 million Syrian Sunnis to flee to Turkey, a country of 80 million, which already has 2.5 million Syrian refugees. This big refugee population is provoking social tensions in cities like Istanbul. Doubling their number could make Turkey unstable.

Turkey is backing some groups inside Idlib, to Russia’s dismay.

So does Russia benefit from more Turkish influence in northern Syria? No. Essentially Trump is allowing Turkey to create a long enclave along the northeast border from which it will ethnically cleanse the Kurds and then send a million of its Sunni Arab refugees into their villages to occupy them permanently. This population will be a Turkish cat’s paw and a wedge against the Kurds in the long term.

Russia doesn’t benefit. Russia wants ultimately to put all of Syria back under al-Assad’s rule, and another Turkish invasion is the last thing Moscow wants.

So what about Iran? I can’t see that this move affects Iran one way or another. The Washington hawks have long hoped to use the Syrian Kurds, and the US presence in eastern Syria, to block Iranian personnel and arms from being trucked to Syria from Iraq. McGurk may know something I don’t, but in my view this Big Think blockade was always completely implausible. It is a long border, and Iraqi allies of Iran control one side of it. The Kurds have often been pro-Iranian and in any case I very much doubt they would be willing to be deployed in this way by the Americans. Iranian presence if anything has grown since President Obama first sent US spec ops into Syria.

The idea of the US being in Syria to fight Iran was never serious, and seems to be offered as a sop to Israel, the leaders of which are freaked out at the Iranian and Hizbullah presence in Syria. But just as Israel has offered no more than some intelligence in the fight against ISIL (and Trump seems to have outed their spy in Raqqa), so the US offers nothing but intelligence back to Israel on Iranian movements in Syria. 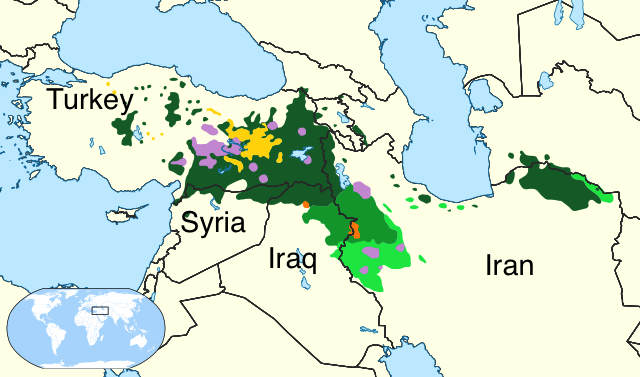 So the big winner from Trump’s withdrawal is Turkey itself. I mean huge. At least, from the narrow point of view of Ankara, it is a big win. The Turkish government views the Syrian Kurds as terrorists even though they aren’t proven to have committed any terrorism. It fears that they are hooked up with the Kurdistan Workers Party (PKK), which it and the US view as a terrorist organization. Turkey is actually afraid that the Syrian Kurds’ example of autonomy will fuel Kurdish separatism inside Turkey, which anyway is probably an overblown fear. Turkish Kurds speak Turkish and have emigrated from the southeast all over the country, and seem to be invested in it. But whatever the realities, Erdogan will see this US withdrawal as a big triumph and an opportunity to shape Turkey’s security environment for a generation.

Second, ISIL is a huge winner, since it still has support in Raqqa and Deir al-Zor provinces among Arab populations but has been curbed by the Kurdish People’s Protection Units or YPG. It could come roaring back if the Kurds turn sullenly inward.

Turkey has never shown the slightest interest in fighting ISIL and instead like the middle Obama administration hopes to use it somehow against al-Assad and Russia.

Third, al-Assad. It may well be that the Kurds will now have to cut a deal with Damascus and give up some autonomy, in hopes Turkey would withdraw if the Syrian Arab Army promised to come in and police the border with Turkey.

So that’s who benefits. Washington’s crusade against Iran and Russia (in the latter case with the exception of Trump) is irrelevant to this move, which is mainly about the Kurds and America’s further betrayal of them after they defeated ISIL for us.

END_OF_DOCUMENT_TOKEN_TO_BE_REPLACED

In a small, scant step toward justice, Minnesota cop Kim Potter has been charged with manslaughter for killing Daunte Wright at a "traffic stop" - for black Americans, the set-up for "the repeated outcome of an indefensible system that grants immunity for state violence." But Potter remains a bit player in a long harsh story that links Wright to George Floyd's girlfriend, Fred Hampton to Emmett Till, the trauma of every black victim to every black community where, still, nothing has changed.
Read More...
END_OF_DOCUMENT_TOKEN_TO_BE_REPLACED