In Racine, Wisconsin, it is clear that a community was abandoned.

“We were known for making things here,” said Democratic State Representative Cory Mason, a fifth-generation Racine resident who has represented his neighbors in the Wisconsin Statehouse for 10 years. “You could graduate from high school, get a union job, and send your kids to college. For most of the 20th century, that was what Racine was like.”

But in recent decades, as trade deals shipped most of the middle class jobs overseas, recessions hit, and labor protections deteriorated, that kind of shared prosperity vanished. Now many residents work in the service industry and can barely get by.

As a result, more than 21 percent of the city’s residents live in poverty, and it cuts across demographics—including 22 percent of whites, 23 percent of African-Americans, and 28 percent of Hispanics.  Racine has the highest unemployment among large cities in the state. The school district serves approximately 20,000 students, and between 1,000 and 1,500 are homeless for all or part of the year.

Racine also lies in House Speaker Paul Ryan’s district, and Mason suggested that Ryan doesn’t seem to adapt his agenda to the hardship people are experiencing.

“Congressman Ryan can’t have it both ways,” he said.  “He can’t be the guy for the trade deals that move the middle class jobs away and be the guy who’s opposed to raising the minimum wage, and then say that we need to take safety net programs away.”

Kelly Gallaher, a community organizer with Racine’s Community for Change, put it a little more bluntly: “How do you take away half of our manufacturing jobs and then say poverty is some moral failing?”

On Saturday morning, in Speaker Ryan’s hometown of Janesville, a dozen people lined up outside of Echo food bank a half hour before it opened.

Janesville plays a central role in Ryan’s rhetoric.  In a recent commencement speech he delivered at Carthage College, he said: “I live with my family in Janesville. Every weekend I am here with my family. Yesterday was turkey hunting and track meet and then dinner at my mom’s.”

There is an idyllic quality to Ryan’s anecdotes, and on one side of the Rock River that snakes through town, you can see why: stately homes, charming shops downtown, bustling commercial activity.

But on the other side of the river, where Echo is located, the damaging effects of lost jobs and low wages are on full display: dilapidated and boarded up houses, vacant retail spaces, the palpable tension of people struggling to simply make ends meet.

“How do you take away half of our manufacturing jobs and then say poverty is some moral failing?”
– Kelly Gallaher

Within an hour of Echo’s opening, about 30 people were seated inside, waiting for their number to be called so they could meet with a case manager and then visit the pantry.  People continued to stream in, and most did not want to speak with a reporter.  As one young woman said, “It’s hard enough just to be here. I don’t want my picture all over some newspaper.”

But Robert, who works for Walmart, shared his story.  He has a 45-minute commute to his job, and this March his car slid off the road in the snow and hit a tree.  He no longer has reliable transportation and he and his family were recently evicted. They relocated, but now face a high electric bill.

He said that what people in the area need more than anything are good jobs, or training for good jobs, especially if Ryan wants to reduce the use of food stamps and other work supports that are needed in a low-wage economy.  He recounted that at a Labor Day parade a couple years ago people held posters that read, “We Needs Jobs in Janesville.” Ryan walked in a different direction.

“The people with posters ran after him so that he could see,” said Robert.

Peter and his 9-year-old daughter, Love, met us at the Halo homeless shelter back in Racine.  They had recently returned from 10 months in Chicago, where Peter cared for his mother who is diabetic while working as a driver of a medical supplies van.  When his mother was stable, Peter and Love returned to Racine and moved in with his girlfriend. But she had fallen behind on rent due to her own hospitalization with sickle cell anemia, and they were evicted from the apartment.

Peter and Love slept in his car until they discovered Halo. The organization found them a permanent, subsidized house for which Peter now pays 30 percent of his income.

He obtained work operating a forklift, but the work dried up and he was laid off at the end of May. Peter described himself as “very skilled,” and was confident he would quickly find another job given his experience as a commercial vehicle driver, medical assistant, machine operator, and working in community-based residential facilities. He had filled out 100 job applications in the past week, and got two job interviews. He expected an offer for work in Kenosha, but was concerned about the commute in traffic and time away from his daughter. 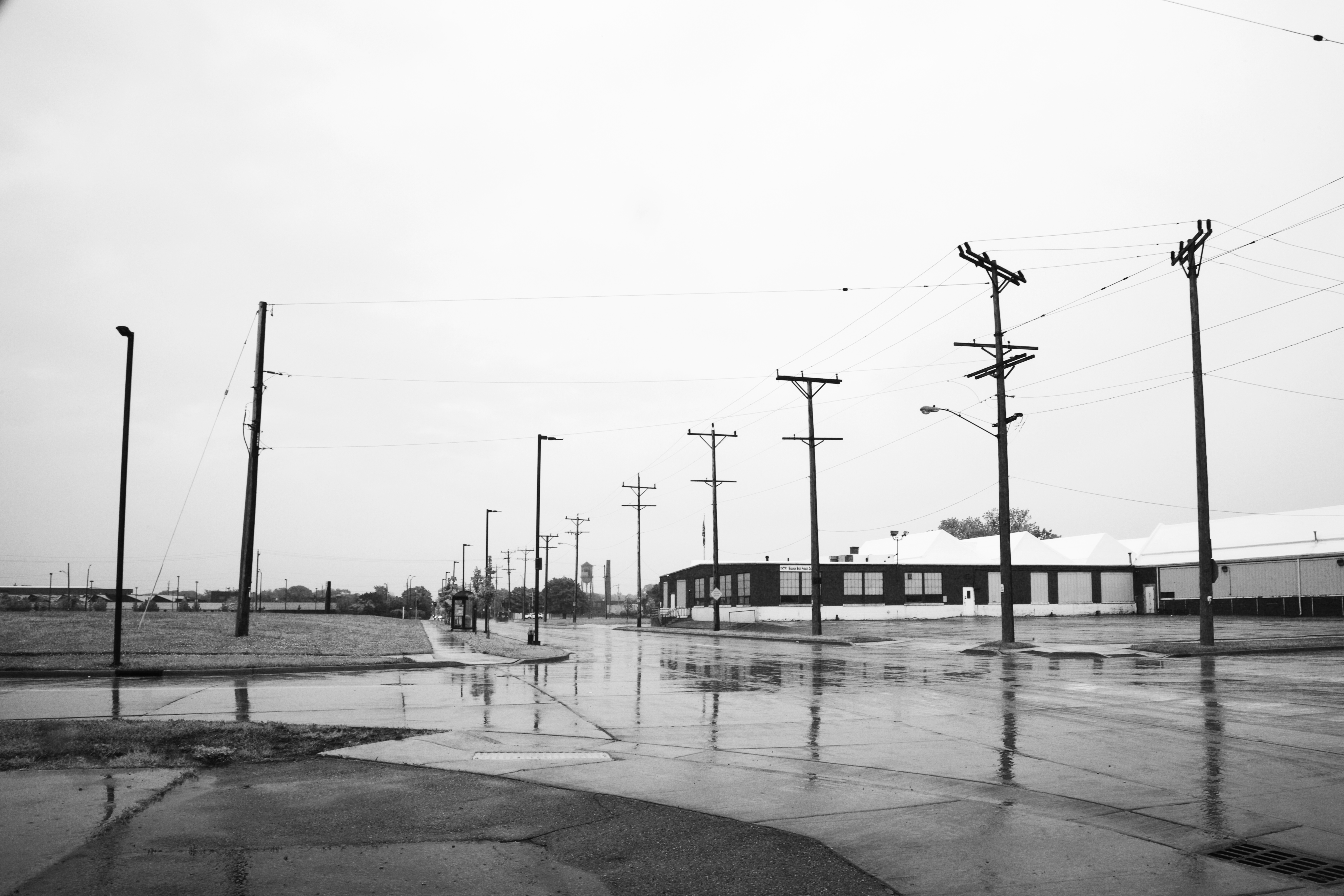 “My biggest problem is I want to get a job around here—I probably won’t be able to find one,” he said.  “I don’t know why it’s so hard to get a job in Racine.”

Part of the reason he can’t find a job with a good wage in Racine might be that his skillset doesn’t match the limited number of high-tech manufacturing jobs that remain in the city. In better times, Peter might have been able to return to school for those jobs. Mason said that until 1980 there was no tuition for technical colleges in the state.  But the state and federal governments stopped making the necessary investments, and now people who are struggling are expected to rack up $20,000 in debt in some cases to return to school.

At the Racine Interfaith Center, 20-year-old Valeria and her father Gabriel—both undocumented—talked about their family’s struggles and the need for immigration reform.

They moved to Racine 16 years ago, and without a Social Security card, Gabriel said he is only able to work minimum and low-wage jobs “that other people don’t want.”

For the past five years, he has worked at a foundry melting metals for reuse.  It’s known as “the little Hell” because in the summertime, when it hits 80 degrees outside, it is 130 degrees inside the foundry.  Prior to this job Gabriel worked at a duck farm, doing 12-hour shifts with just two breaks—30 minutes for lunch, and 10 minutes for the bathroom.  If workers attempted to take another break they were sent home.

Because of Deferred Action for Childhood Arrivals (DACA), Valeria is able to get higher quality jobs than her father, and currently works in sales. College, on the other hand, has had to wait, since Governor Scott Walker repealed in-state tuition for undocumented immigrants in 2009.

Valeria has lived in Ryan’s district since the age of three, and has met with him through her activism in the immigration reform movement. She is frustrated with his pledges to support immigrants and subsequent actions that she feels demonstrate a lack of commitment.

“I’ve met with him lots of time, face-to-face,” she said.  “One time I was telling him my parents are living on a low wage and we can’t live like this.  And he said, ‘Well why can’t they get a better job?’ And he knows they can’t get a better job because they don’t have a Social Security card.”

So what would Paul Ryan do if he wanted to address poverty in Janesville and throughout his district in a serious way?

Gallaher suggested the Speaker might start by visiting those who are struggling right in his backyard.

“If Paul Ryan wants to talk about poverty, he doesn’t have to go more than a mile from his house to talk with people who can tell him specifically how they found themselves living in their car, or without a job,” she said.

Representative Mark Pocan, whose district borders Janesville and who shares Rock County with Ryan, thinks that the ideas Ryan and other conservatives keep introducing “are really more stealth ways to cut programs that assist people in poverty.” 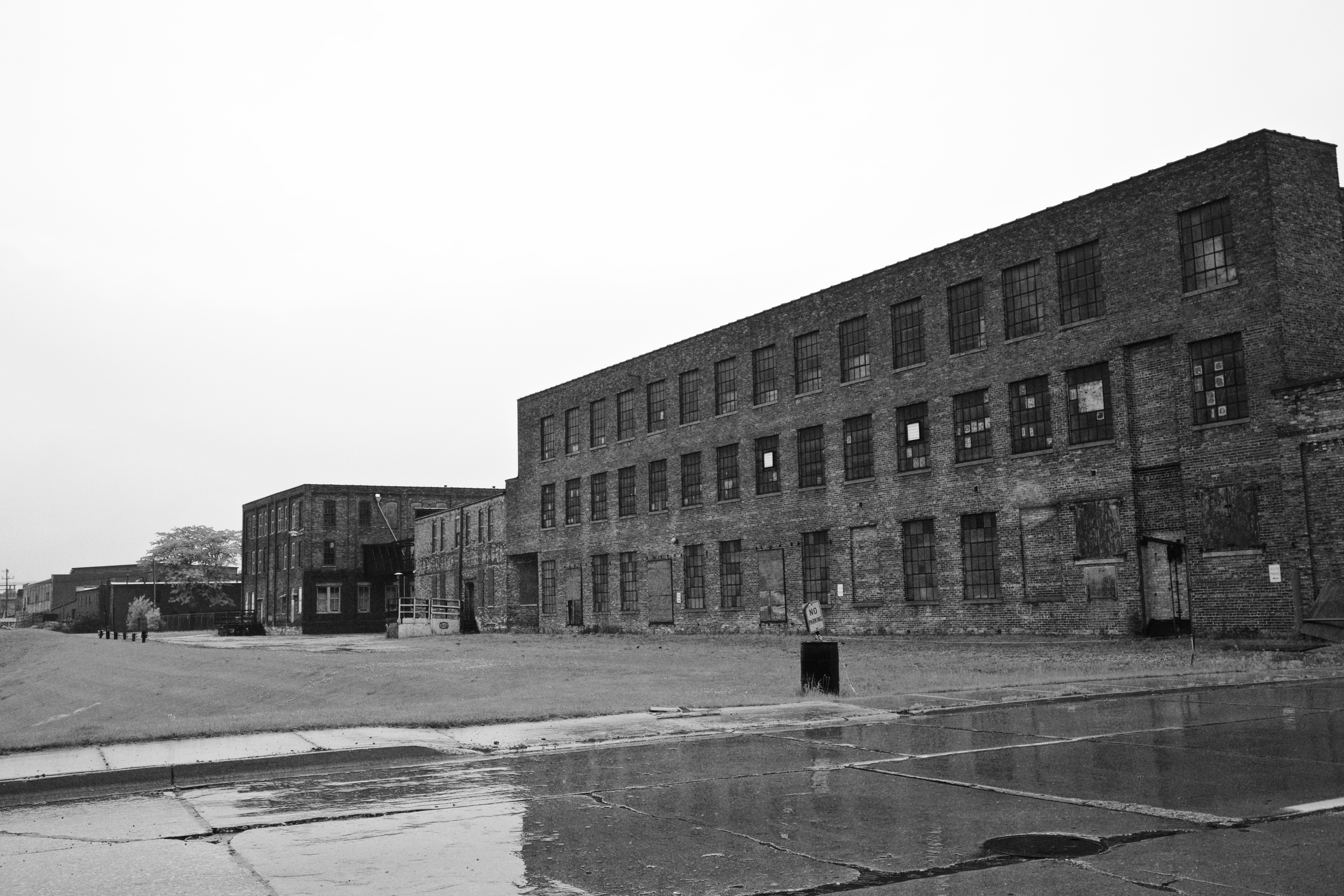 According to Pocan, the most important thing elected leaders can do in the fight against poverty is help people get jobs with family-supporting wages.  That means investing in things like childcare, job training, apprenticeship programs, higher education, and infrastructure; raising the minimum wage, and supporting collective bargaining.

But if Ryan’s latest poverty plan is any indication, he won’t be supporting a bold anti-poverty agenda any time soon. His plan calls for cuts to much of what remains of the safety net for his constituents. It includes cuts to unemployment assistance, phasing out the Head Start program, and rolling back federal Pell Grants for students trying to pursue higher education.  It does little to nothing to create jobs or raise wages. In fact, it looks a lot like this year’s House Republican budget—which gets more than 60 percent of its cuts from programs that help low- and moderate-income Americans, while protecting tax cuts for the very wealthy.

Finally, the Speaker’s plan demonstrates this: his enduring disconnect from the people struggling in his own district and across America.

Jeremy Slevin and Alyssa Peterson contributed reporting to this article. Photography and video by Jeremy Slevin.

Greg Kaufmann is a Contributing Writer at The Nation and a Journalist in Residence at the Roosevelt Institute. He also is the founder of TalkPoverty.org.

Richard Eskow
Should Bernie Drop Out or Stay In? Wait, There’s Another Choice.

Edin Omanovic
The Surveillance Industry Won’t Save Us From Crises

END_OF_DOCUMENT_TOKEN_TO_BE_REPLACED

In a time when "a true patriot gets fired for doing the right thing," a Navy captain ousted for blowing the whistle on Navy inaction as coronavirus ravaged his crew walked off his ship to the stirring sound of thousands of sailors chanting, "Cap-tain Cro-zier!" Facing 1,000 cases, Capt. Brett Crozier "was wrongfully relieved of command but did right by the sailors" when he warned the outbreak could kill sailors "entrusted to our care.” His leadership, said one, made him "the man for the people.”
Read More...
END_OF_DOCUMENT_TOKEN_TO_BE_REPLACED