SUBSCRIBE DONATE
Published on
Friday, January 17, 2014
by
The Nation

There was so much to critique in Bill Keller’s notorious column this week at The New York Times on the proper etiquette of cancer patients that most of us could barely mention in passing that this same Keller, now ripping military/battlefield lingo in medicine, has been an ardent war hawk, from Iraq 2003 to Syria 2013. 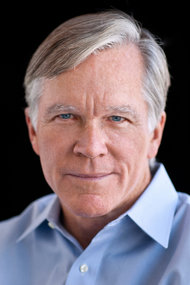 So let’s spend a little time on that now. Most recent first, torn from the (Web) pages of The Nation. (We won’t even get into Keller’s WikiLeaks record, but you can revisit it here, or consider when he held James Risen’s NSA scoop for a year.)

Back in May 2013, long before the alleged chemical attack by Assad forces three months later, Keller joined some of his colleagues at the Times, both reporters and columnists, in agitating for US intervention in Syria. He was upset that Obama had let Assad cross that “red line,” and now the dictator had to pay. He even titled a column, “Syria Is Not Iraq” and suggested that Congress and the public “get over Iraq,” revealing that he has. I wrote:

He says he was gun-shy after his Iraq flub—but no more! Now he derides Obama for “looking for excuses to stand pat.” He also provides several reasons why Syria is “not Iraq,” and how now his hawkishness is based on reality: This time we really can hurt the terrorists gathered there, really can calm tensions in the region, and so on. Instead of a “mushroom cloud,” he warns of the next chemical “atrocity.” And he claims there’s a broader coaiition of the willing this time. He even revives the good old “domino theory,” endorsing the view that if we don’t do something in Syria it will embolden China, North Korea and Iran….

At least Keller provides some comic relief when he admits, “I don’t mean to make this sound easy.”

Obama didn’t do much then—unlike Bush, he didn’t listen to the pundit-hawks like Keller on illegal war-making—but Bill got another chance a few months later after the late-summer chem attacks in Syria. He again pushed for strong US actions, and when Obama backed off, he virtually cried in print—despite the apparent Obama “victory” in getting Assad to start to destroy his stockpiles without the US bombing civilian areas. Keller wailed that Vladimir Putin, in keeping Obama from bombing, did the following, among other terrible things:

a) He has stalled and possibly ended the threat that his client thug, President Bashar al-Assad, will be struck by American missiles for gassing his own people. As long as the international community is debating the endless complications of finding, verifying and locking down Assad’s chemical arsenal, Congress and the allies have ample excuse to do nothing.

b) He has diminished the already small prospect that the United States will attempt to shift the balance in Syria’s war. That sound you hear is John McCain’s head exploding.

Keller went on to moan that this has “demoralized the Syrian resistance”—you know, those rebels some of us warned at the time were dominated by al-Qaeda types. And he suggested that Obama was “all hat and no cattle” when he came to blowing people away.

To understand Keller on war and peace, however, you need to consider his long record of offering faint apologies (“mini-culpas” in Jack Shafer’s framing long ago) for backing the Iraq invasion in 2003. This continued for years, culminating in his epic September 2011 feature in The New York Times Magazine. Read my detailed review here, but let’s close in one excerpt from my piece:

Keller, in the new piece, admits invading Iraq was a “monumental blunder” but over and over rationalizes his support for it. His key claim is: Sure, in retrospect, it was FUBAR, but “Whether it was wrong to support the invasion at the time is a harder call.” In other words: Cut me some (a lot of) slack here.

One of his explanations—“I could not foresee that we would mishandle the war so badly”—makes him look like a fool, since so many others did predict that. His second line of defense, “I could not have known how bad the intelligence was” is equally damning. Note the use of “could not have known” when a humble, honest man might have written, “I should have known.”

Keller, of course, also took years to push Judy Miller out—and compounded his earlier mistakes by backing her fully during the Libby case, when he even failed (he eventually admitted) to ask her for her notes on her chats with him about Valerie Plame. His paper’s probe of the entire affair concluded that Keller had killed stories related to the case for fear of hurting Miller’s case, which “humiliated” Times reporters and caused wide in-house dissension.

It’s’s clear that Tony Judt’s label for Bill Keller and other liberals who backed the war—“useful idiots” for Bush and Cheney—is still apt. Former Bush press spokesman Scott McClellan, in his memoir, called journalists like Keller “enablers” for the war. “The collapse of the administration’s rationales for war, which became apparent months after our invasion, should never have come as such a surprise,” McClellan recalled. “In this case, the ‘liberal media’ didn’t live up to its reputation. If it had, the country would have been better served.”

Greg Mitchell is the author of a dozen books, including "The Tunnels," and "Atomic Cover-Up." His latest book is "The Beginning or the End: How Hollywood--and America--Learned to Stop Worrying and Love the Bomb"(The New Press).

END_OF_DOCUMENT_TOKEN_TO_BE_REPLACED

Stupidity reigns: A year after the deadly fact, the U.S. still has over 70,000 new COVID cases a day thanks to recalcitrant morons like Gym "What-sexual-assault?" Jordan, who spent a House hearing shrieking at Dr. Fauci about "lost liberty" and demanding, "When do Americans get their freedom back?" A weary Fauci: It's not "a freedom thing," it's "a public health thing." It finally took Maxine Waters to quash Jordan with, "Shut your mouth." Amen, auntie.
Read More...
END_OF_DOCUMENT_TOKEN_TO_BE_REPLACED