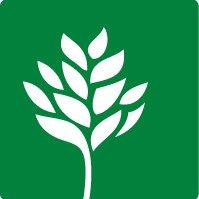 To date, there have been 34 majority votes for ESG proposals, shattering last year's record of 21. More are likely by year's end. Last year, only two votes broke 70%, while this year 17 did. Eight were in the 80s and six saw more than 90% support. Four of the six that received more than 90% were supported by management -- a first for U.S. environmental and social resolutions. More importantly, other high-scoring proposals were opposed by management but still earned huge support.

"The slew of majority votes suggests investors at large see ESG as material," said Heidi Welsh, Executive Director of the Sustainable Investments Institute (Si2) and co-author of Proxy Preview. "Evidence from the financial markets seems to contradict the intent of new SEC rules that will make it harder to file and resubmit shareholder proposals in 2022," Welsh added, noting that the SEC's own analysis showed most individuals will not be able to sponsor proposals at all.

"Looking ahead, the question now is how companies will implement changes to their policies and practices in response to these high votes, and how investors respond if they don't," said Andrew Behar, CEO of As You Sow and report publisher. "This year we saw three out of four dissident directors elected at ExxonMobil after shareholders lost patience with its inaction on climate change. All boards have been put on notice this could happen to them."

Political Spending: Proposals about the ways in which companies influence the political system accounted for the largest group of majority votes -- 14. The top votes were for more election spending oversight and disclosure with 80.6% at Netflix and 80.1% at Chemed. A resolution asking for a report about climate change lobbying and advocacy, both directly and indirectly through trade and other associations, won 76.4% at Norfolk Southern, while the top vote for more generalized disclosure on lobbying was 66.3% at GEO Group.

Climate and environment: Eight climate change proposals earned more than 50% and resulted in the two highest votes of the year. Investors gave 98.8% support for reporting on supply chain deforestation impacts at Bunge and 98% for reporting on net-zero GHG goals at General Electric -- though management supported both. Yet votes were extraordinary even with management opposition, hitting 81.2% in favor for more disclosure on plastics pollution at DuPont de Nemours, 80.3% for adopting greenhouse gas (GHG) emission goals at Phillips66, 76.2% for reporting on deforestation in the supply chain of Bloomin Brands, and 60.7% for cutting GHG emissions from oil and gas products sold by Chevron.

Diversity: The national debate over racial justice made itself known in proxy season by many more proposals about diversity in the workplace and executive suite, and on boards, with nine majorities. At the top were a resolution asking IBM for details on the effectiveness of diversity, equity, and inclusion programs (94.3% with management support), one asking Paycom Software about executive diversity (93.7% after management did not take a position), and 91.2% for more board diversity at First Solar despite a recommendation against it by the board. Board diversity also received 85.3% at Badger Meter, while a call for EEO-1 data disclosure earned 86.5% at Union Pacific, where a request for diversity program data also received 81.4%.

COVID-19: Concerns about the pandemic were at the heart of the third highest vote this year. Although Wendy's tried to keep a proposal about reporting on pandemic worker safety off the proxy ballot with an SEC challenge, it failed and in the end the company supported the proposal--prompting a 95.2% vote.

Sexual Harassment: A resolution on mandatory arbitration-which can hide sexual harassment problems-received 53.2% at Goldman Sachs and even more (59.4%) at solar panel maker Sunrun.

Racial Justice: Although they did not receive majority support, two new proposals about conducting racial justice audits received unusually high support for first-year resolutions, with 44.2% at Amazon.com and 40.5% at JPMorgan Chase.

As You Sow is the nation's non-profit leader in shareholder advocacy. Founded in 1992, we harness shareholder power to create lasting change that benefits people, planet, and profit. Our mission is to promote environmental and social corporate responsibility through shareholder advocacy, coalition building, and innovative legal strategies.

www.asyousow.orgPress Page
SIGN UP FOR OUR NEWSLETTER
Quality journalism. Progressive values. Direct to your inbox.
Follow Us
LATEST NEWS