SUBSCRIBE DONATE
Published on
Friday, July 31, 2020
by
The Progressive

"I’m optimistic. Trump’s policies are not working. The U.S. will have to change, and the change will be for the best." (Photo: CC)

During the past month, Iran has suffered a half-dozen explosions and fires at military and civilian sites. A bomb blew up near the Parchin missile base outside Tehran, Iran’s capital. Fires broke out at an electric power station and aboard seven ships in a southern port city.

Iranian government authorities say some of the incidents were accidents. But the most serious, it appears, was an act of sabotage.

On July 2, a blast ripped through the main assembly hall at Natanz, a facility that produces centrifuge parts essential for enriching uranium for Iran’s nuclear power program.

No one officially took credit for the sabotage, but The New York Times reported that a “Middle East intelligence” source admitted that Israel was behind the bombing. An Israeli newspaper later identified the source as Yossi Cohen, head of the Mossad intelligence agency.

Analysts say such a brazen attack, which constitutes an act of war, would need the approval of officials in Washington, D.C.

“If the U.S. did not participate in the attack directly, at the very least it gave Israel its consent,” Muhammad Sahimi, a professor at the University of Southern California and Iran expert, says in an interview.

Washington and Tel Aviv think such attacks, along with the unilateral U.S. sanctions, are a low-risk means of pushing back on Iran. They are an escalation of Washington’s “maximum pressure” campaign—which has notably failed and will likely be abandoned after the U.S. presidential election.

“There’s a sense that there’s a bit of desperation right now” in both capitals, says Trita Parsi, executive vice president and co-founder of the Quincy Institute, an anti-interventionist think tank in Washington, D.C. He likens the attempts to those of medieval archers fighting a losing battle: “Empty your quiver . . . shoot all your arrows.”

Some analysts speculate that the Trump Administration is seeking to provoke Iran into military retaliation. Trump could then launch a war, rally support at home, and win the election. It’s a classic “October Surprise” or even a “Wag the Dog” scenario.

But Foad Izadi does not agree with this analysis.

“Iran is not Iraq,” Izadi, an assistant professor of American studies at the University of Tehran, tells me by phone from Tehran. “Any overt war runs the danger of serious U.S. casualties. He should know, after being President for almost four years, [that] attacking Iran has consequences.”

Izadi does not think that “starting a new war with Iran a few months before the election” is in Trump’s interest. “Even a limited war is not useful for him.”

But that doesn’t preclude other forms of U.S. aggression.

On July 23, a U.S. fighter jet flew close to an Iranian civilian airliner on a routine flight from Tehran, as it crossed Syria on its way to Beirut, Lebanon. The U.S. military claimed to be conducting a “visual inspection” of the plane in order to “ensure the safety of coalition personnel at At Tanf garrison,” says Captain Bill Urban, spokesperson for U.S. Central Command.

Urban claimed the F-15 fighter jet kept 1,000 yards away from the airliner. But a video shot by passengers shows a jet flying much closer. The proximity of the F-15 forced the Iranian pilot to drop 14,000 feet in four minutes, injuring several passengers.

Biden has pledged, if elected, to reverse course on Iran. Izadi believes a Biden Administration would change the Trump policy of maximum pressure.

According to Izadi, the U.S. military has no business “inspecting” a civilian airliner flying in a normal civilian air corridor over Syria. In fact, he says, the United States “has no right to be in Syria at all.”

The Trump Administration keeps several hundred troops in Syria in defiance of the Syrian government and without authorization from the United Nations or any other international body.

Iranians are particularly sensitive about U.S. interactions with civilian planes. In 1988, the U.S. Navy shot down an Iranian airliner, killing all 290 passengers and crew. After initially providing false information about where and how fast the plane was flying, Washington admitted to shooting down the airliner and paid compensation to the victims’ families.

“These things unify the Iranian people,” Izadi says. “Whether they like the government or not, Iranians don’t want to be on a plane that will be shot down.”

To date, the Iranian government has not overtly responded to the U.S. provocations. It seems more likely that Iranian President Hassan Rouhani is waiting for the U.S. election on November 3, which could result in the election of Joe Biden. 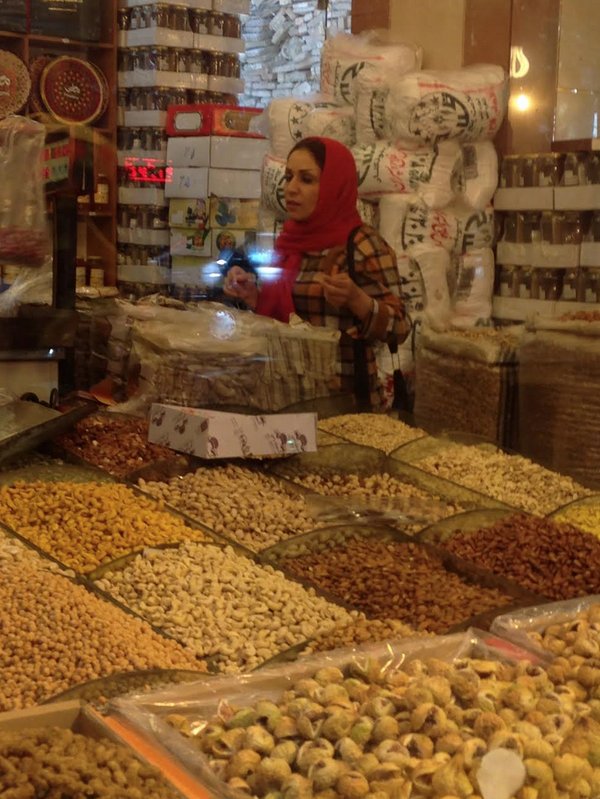 Iran’s conservative hardliners, meanwhile, are denouncing Rouhani as vacillating in the face of a U.S. and Israeli onslaught. But Parsi says these hardliners “are playing a political game. They understand the logic of not doing anything for now, but that doesn’t prevent them from calling Rouhani weak.”

Sahimi, a close observer of Iranian politics, agrees that “there is a lot of ‘hot’ rhetoric against President Rouhani and Foreign Minister Mohammad Javad Zarif by the hardliners. But I do not expect any practical action in the near future.”

Depending on what policy the United States adopts after the elections, Sahimi expects “the response to come at a later time and in a manner and at locations where neither Israel nor the U.S. would expect.”

Biden has pledged, if elected, to reverse course on Iran. Izadi believes a Biden Administration would change the Trump policy of maximum pressure. “Whether doing it through rejoining the nuclear agreement or coming up with some other policies, we have to wait and see,” he says.

Parsi, who is familiar with the views of Biden’s Iran advisors, says the new administration would likely call for “compliance for compliance.”

Despite the current crisis, Izadi says, “I’m optimistic. Trump’s policies are not working. The U.S. will have to change, and the change will be for the best.”

Reese Erlich's syndicated column, Foreign Correspondent, appears every two weeks. His books include "The Iran Agenda Today: The Real Story from Inside Iran and What's Wrong with US Policy" ­(2018) and "Inside Syria: The Backstory of Their Civil War and What the World Can Expect" (2016). See his website or follow him on Twitter: @ReeseErlich

The US Did Not Bring Peace, Democracy, or Freedom to Afghanistan

Thom Hartmann
Will Trump End Up In Prison?
END_OF_DOCUMENT_TOKEN_TO_BE_REPLACED
Connect With Us

END_OF_DOCUMENT_TOKEN_TO_BE_REPLACED

Stupidity reigns: A year after the deadly fact, the U.S. still has over 70,000 new COVID cases a day thanks to recalcitrant morons like Gym "What-sexual-assault?" Jordan, who spent a House hearing shrieking at Dr. Fauci about "lost liberty" and demanding, "When do Americans get their freedom back?" A weary Fauci: It's not "a freedom thing," it's "a public health thing." It finally took Maxine Waters to quash Jordan with, "Shut your mouth." Amen, auntie.
Read More...
END_OF_DOCUMENT_TOKEN_TO_BE_REPLACED