SUBSCRIBE DONATE
Published on
Thursday, July 18, 2019
by
The Progressive

The Trump Administration has imposed sanctions against more than 1,000 Iranian entities, including Iran’s Ayatollah Ali Khamenei, targeting almost every significant sector of that nation’s economy. But recently it reversed course, backing off its threat to sanction a top Iranian diplomat, Foreign Minister Mohammad Javad Zarif, in response to concerns that it would foreclose any diplomatic recourse. 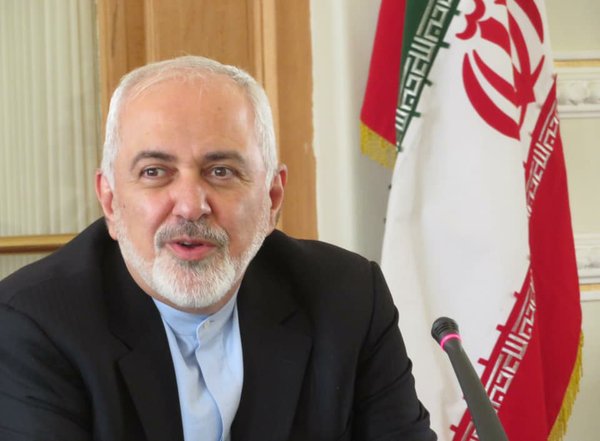 Targeting Zarif—who lived in the United States for thirty years, including high school, college, and graduate school—is particularly ironic, given that he is a leading moderate voice in Tehran. Unlike most autocratic regimes, where power is centralized in a political party, a military junta, or a single dictator, Iran’s government is divided between conservative clerics, the moderate president, the military, the parliament, and other forces.

Successful diplomacy with Iran depends on cultivating ties with the moderates and isolating the extremists. By treating the Iranian regime as a monolith and targeting Zarif, the Trump Administration risks closing one of the few remaining avenues for defusing the crisis.

Despite not formally sanctioning him, the Trump Administration is still intent on isolating the diplomat. The State Department is limiting Zarif’s movements to a six-block area between United Nations headquarters, the Iranian mission, and the residence of Iran’s UN ambassador.

Successful diplomacy with Iran depends on cultivating ties with the moderates and isolating the extremists.

This is a far greater limitation than the United States imposed on such notorious figures as Libya’s Muammar Gaddafi and Zarif’s rival, hardline former Iranian president Mahmoud Ahmadinejad, who was allowed to speak at Columbia University, various media outlets, and elsewhere. It would appear that the Trump Administration is more afraid of moderation than extremism.

In February, we were among a small group of American scholars and peace activists who met with Zarif at the Iranian Foreign Ministry in Tehran. Zarif described how the nuclear deal was the result of ten years of posturing and two years of intense, painstaking negotiations, during which he and Secretary of State John Kerry met no fewer than fifty times to hammer out every line in the agreement.

Zarif was able to convince his government, over the objections of hardliners, to agree to destroy billions of dollars’ worth of nuclear facilities and material and accept a strict inspections regime in return for the lifting of debilitating sanctions.


Iran has honored its agreement, as confirmed repeatedly by the International Atomic Energy Agency. But—in response to the United States breaking its part of the agreement by re-imposing sanctions and forcing others to do so—Iran earlier this month increased its stockpiles of enriched uranium. From the Iranian perspective, it makes no sense to stick to an agreement that the United States has violated by withdrawing and imposing crushing sanctions, while the rest of the world does little to ease the blows.

Despite the unpopularity of the Iranian regime, which was evident in our conversations with ordinary Iranians, anger at the United States for reneging on the deal and re-imposing sanctions runs across the political spectrum.

The United States’ big mistake in Vietnam was failing to recognize that the power attained by the Communists came from their ability to rally the nationalist sentiments of their people. Massive U.S. military force only strengthened the resistance against what civilians saw as foreign invaders. Similarly, the Islamist leaders of Iran have been successful in appealing to nationalism when they feel their country is unfairly targeted.

Indeed, we saw far more flags and nationalist symbols on display in Iran than religious imagery. Iranians are among the most stridently nationalistic people in the world. Pride in their nation’s 2,500-year history is universal. In talking to ordinary Iranians during our visit, while we found widespread anger at the corruption and heavy hand of the Iranian regime, people also believe that their government is right to resist U.S. sanctions and military threats. They would rather risk a war than give in.

Iranians wonder why they should accede to Trump Administration demands that they totally eliminate their nuclear program, which under the strictures of the seven-nation nuclear agreement would not result in a single nuclear bomb, while their neighbors Israel, Pakistan, and India continue to develop their nuclear arsenals. Iranians also wonder why they should bow to U.S. demands to eliminate ballistic missiles while rivals Israel and Saudi Arabia continue to develop theirs with U.S. assistance.

Every criticism the Trump Administration levels against Iran—its suppression of women and religious minorities, lack of free and fair elections, ongoing human rights abuses, support for oppressive governments and extremist militias, a growing military arsenal, intervention in regional conflicts—can be made for Saudi Arabia, a major U.S. ally and purchaser of billions of dollars’ worth of U.S. weaponry. In fact, Saudi Arabia is arguably worse on every one of these counts.

Saudi military spending is several times that of Iran, even though it has less than one-third of Iran’s 82 million people. Even Israel and the United Arab Emirates, each with less than one-tenth  of Iran’s population, has a higher military budget than Iran. The United States’ Gulf allies spend at least eight times more on their militaries than does Iran. Add to that advantage, the thousands of U.S. troops, along with dozens of Navy ships (include two aircraft carriers), B-52 bombers, and over thirty military bases surrounding Iran on three sides. Trump’s insistence that Iran poses a serious threat to regional security is absurd.

Like it or not, the Trump Administration must accept the fact that Iran has been a regional power for close to two and a half millennia. Imposing brutal sanctions, threatening Iran with obliteration, and marginalizing moderate voices like Zarif’s is not going to change that.

Stephen Zunes is a Professor of Politics and International Studies at the University of San Francisco, where he serves as coordinator of the program in Middle Eastern Studies. Recognized as one the country’s leading scholars of U.S. Middle East policy and of strategic nonviolent action, Professor Zunes serves as a senior policy analyst for the Foreign Policy in Focus project of the Institute for Policy Studies, an associate editor of Peace Review, a contributing editor of Tikkun, and co-chair of the academic advisory committee for the International Center on Nonviolent Conflict.

END_OF_DOCUMENT_TOKEN_TO_BE_REPLACED

Less than shockingly, persistent Mexicans have found another cheap, smart, handy way to scale Trump's "beautiful" and "impregnable" border wall. Having breached the stupidity with ladders, power tools, free climbing, at least one car and Mother Nature - a gust of wind - aspiring migrants are making camo, hook-and-ladder rigs from lightweight rebar used in building and (LOL) the wall itself. Cost: 99 pesos, or $5.34, at the Hágalo hardware store. Translation: Do It Yourself.
Read More...
END_OF_DOCUMENT_TOKEN_TO_BE_REPLACED