The People’s Publisher Who Changed My Life Forever

Let’s take a moment to celebrate Betty Ballantine and all who believe in the power of ideas, and are willing to take risks to bring new ones to light

Publisher Betty Ballantine--she believed in the power of ideas, and was willing to take risks to bring new ones to light. (Photo: Richard Ballantine/Kathy Ballantine 1980, via Associated Press)

It’s 1970. In my VW bug, I pull up in front of the Durant Hotel on the edge of the UC Berkeley campus and sit. I’m waiting for Betty Ballantine, and all I know is that she’s a big-time New York publisher. So, of course, I imagine her appearing in sleek suit, high heels, and full-on makeup. But soon, approaching my car with a smile is a slightly graying gal in sneakers and flowered cotton pants. Her warmth immediately puts me at ease.

Little did I know that this person, who passed away February 12th, would set the course of my life. Her obituary appeared today in the New York Times.

Betty had asked if she could meet with me on her way to Stanford to talk with Paul Ehrlich about his recent book The Population Bomb. Wow, I’d thought. He was already famous, and me? I’d had never published even so much as a letter to the editor, and, truth be told, I’d gotten a D on my first college English paper. 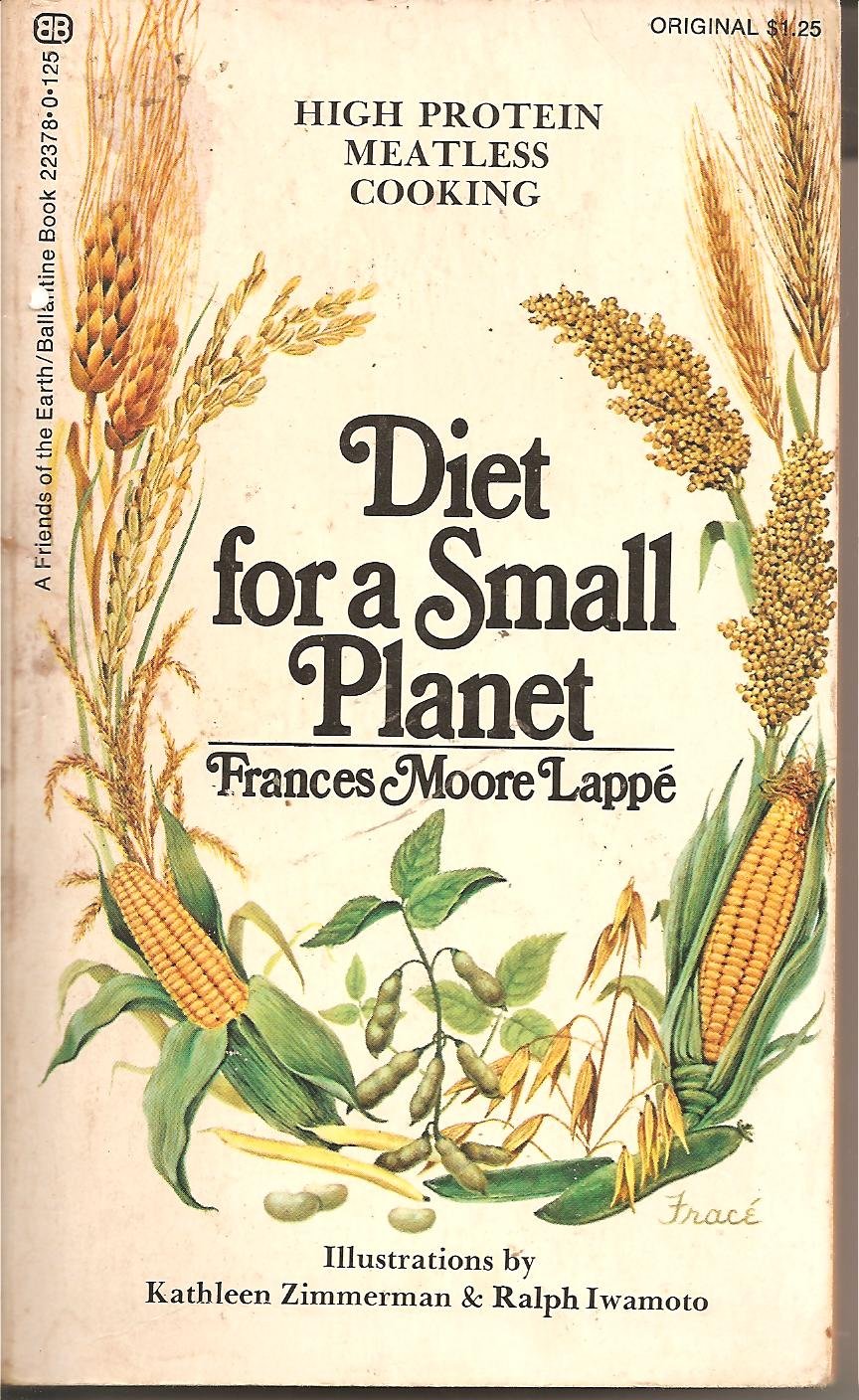 But curiosity had gotten the best of me, and soon, leaving behind my doubts, I knew I had to answer a huge question: Why are so many people going hungry in our world? I dug in at the university agriculture library and drafted a little booklet to share with friends in the Bay Area. I was excited that my search had unearthed some great news: Hunger is not inevitable. There’s more than enough food for all. I called the booklet Diet for a Small Planet.

Earlier, I’d been approached by a local “politically correct” alternative publishing group who’d tried to scare me, telling me that Ballantine was mafia connected and would shred any book remainders and dump them into the Bay.

That morning, we drove to my home in Pt. Richmond, where I prepared a simple vegetarian lunch for us. All I remember is her sincere interest in my research, and her final words at the door: “Frankie, whoever publishes your work, I’ll buy it.”

Note that Betty and her husband Ian Ballantine are considered among the founders of paperback publishing in America, making books vastly more accessible.  After their marriage in 1939, the two were sent to New York by Penguin in the UK to create its US arm. Six years later they helped create Bantam Books. Then, in 1952 the couple formed Ballantine Books, known for the Lord of the Rings trilogy, and so much more.

Betty was pure heart, no hard sell. After meeting Betty, the warnings of the other publishing house seemed highly implausible, even ridiculous. So, my choice had been easy, and soon I was under contract with Ballantine for a 1971 release. It was Betty’s brilliant idea to add recipes illustrative of my lessons about the personal and planet-advantages of a plant-centered diet. And soon I was at work with gram scales in my kitchen weighing ingredients for the best balance of protein sources and then enlisting friends to test my results.

Jump forward to a few years ago, and I’m on way from Boston to visit Betty at her long-time residence in Bearsville, New York. I’d not seen her in decades, but we’d stayed in touch as the book continued to sell, ultimately millions in multiple languages and three editions. I’d decided it was high time for a formal expression of gratitude, so I brought along a bouquet and carefully pondered my words of thanks.

After hours of talk and laughter, finally I had the nerve to ask, “Betty, why did you take a chance on me? I’ve never published a thing.” Without a moment’s hesitation and grinning big, Betty said: “Frankie, it was the ideas! I figure if you couldn’t write it, I could do that.” And, I believed her.  Such confidence in me (and herself!) had opened the way for a lifetime of work: I recently published my nineteenth book. (To heck with that “D”!)

Clearly, Betty Ballantine was a publisher for one reason: She believed ideas could change the world for the better. Over the years, to make this point about her, I’d mention that the Ballantines in 1970 had published Defoliation, describing US actions creating long-lasting harm in Vietnam. Never meant to be a big seller, I’m sure.

So, let’s take a moment to celebrate Betty Ballantine and all who believe in the power of ideas, and are willing to take risks to bring new ones to light. Thank you.

Frances Moore Lappé is the author of nineteen books, beginning with the acclaimed "Diet for a Small Planet." Most recently she is the co-author, with Adam Eichen, of the new book, "Daring Democracy: Igniting Power, Meaning, and Connection for the America We Want." Among her numerous previous books are "EcoMind: Changing the Way We Think to Create the World We Want" (Nation Books) and "Democracy's Edge: Choosing to Save Our Country by Bringing Democracy to Life." She is co-founder of the Cambridge, Mass.-based Small Planet Institute. Follow her on Twitter: @fmlappe

Corporate Media Not Gonna Both-Sides Voter Suppression in Georgia, Are They?

Corporate Media Offers Wall-to-Wall Propaganda Every Day. We Only Notice When a Royal Dies

END_OF_DOCUMENT_TOKEN_TO_BE_REPLACED

The U.S. COVID news is a murky mix: Steadily rising vaccinations - Saturday saw a record of over four million - along with cases. For millions grappling with COVID trauma, a Global Vaccine Poem project offers a chance to "hope abundantly," to use the potent tool of poetry both to make meaning of what we've been through and help us heal from it. Hundreds have written in, often movingly citing "the need for each other" and a call to do better: "Let us share/dear vaccine/the space around us/again."
Read More...
END_OF_DOCUMENT_TOKEN_TO_BE_REPLACED