SUBSCRIBE DONATE
Published on
Friday, December 14, 2018
by
The Conversation

Fetal tissue is essential for understanding how the virus causes birth defects in the developing fetus. (Photo: AP Photo/Felipe Dana)

Throughout history, politicians have restricted or outright banned certain areas of scientific or medical research based on moral or ethical grounds. In some cases, these measures were justified and prevented unethical human or animal research. In others, the bans could be seen as misguided and delaying medical advances.

The use of human fetal tissue for research purposes has been highly contentious and tightly regulated, given that access to this tissue is directly associated with a woman’s right to choose an abortion since the tissue is procured from human fetuses. In 1993, Congress approved the use of federal funds for fetal tissue research. Recently, prompted by anti-abortion groups and supported by 85 Republican members of Congress, the Trump administration banned the acquisition of human fetal tissue for research conducted by scientists employed by the National Institutes of Health. In addition, several states, including Indiana, Kentucky, Ohio and Oklahoma, have banned the use of human fetal tissue in research at the state level.

I am a scientist who studies the impact of viral infections on fetal development and postnatal health, with the goal of improving the well-being of infants and children. I believe that the highly politicized nature of human fetal tissue research and the ever-growing government restrictions on the use of this tissue will stymie scientific discovery and hinder the development of new treatments to reduce the burden of human disease.

The use of human fetal tissue in medical research has resulted in many seminal discoveries that have directly improved human health. Several vaccines, including those against chickenpox (varicella) and Rubella virus, have saved millions of human lives and were manufactured from viruses initially grown in human fetal-derived cells.

Fetal tissue has also been used to develop “humanized” mouse models of disease. These models involve the transfer of specific cells isolated from human fetal tissue into mice that lack an immune system, thus allowing for studies in human cells in the context of a whole animal model. These models have proven invaluable for revealing the biology of HIV infection and for testing novel anti-HIV therapeutics.

The recent outbreak of Zika virus, which causes a variety of malformations including microcephaly in a developing fetus, underscored the necessity to perform studies in human fetal tissue to identify how the virus is transmitted from the infected mother to her developing fetus. The human placenta, which forms the sole interface between the mother’s and her fetus’s blood throughout pregnancy, is structurally distinct from that of most small animal laboratory models, like the mouse or rat. Thus human-derived fetal tissue is essential to study the biology of Zika virus.

Outside of infectious disease research, fetal tissue has provided insights into human neurological diseases such as Alzheimer’s, which is expected to affect more than 5 million Americans over the age of 65 by 2050.

Scientists can procure tissue from different sources, including mechanisms within a given institution or through a third-party vendor. However, it is illegal to profit from the sale of human fetal tissue, a principle which was passed into law in 1993. 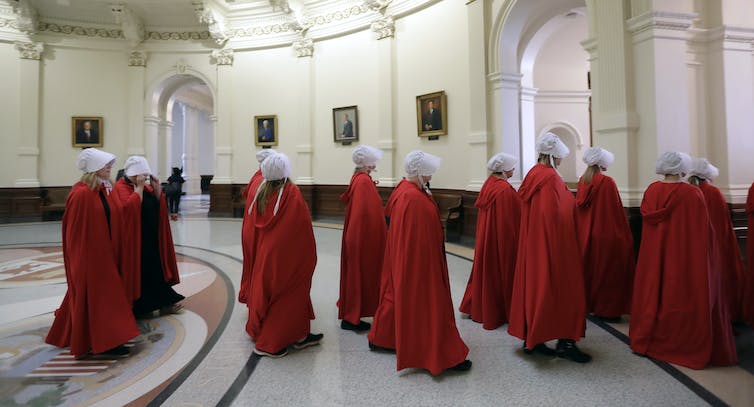 Scientists who use human fetal tissue in their research have themselves become subject to intense government scrutiny. During the Obama administration, Republican House member Marsha Blackburn from Tennessee – who has since been elected to the U.S. Senate – chaired a “Select Investigative Panel on Infant Lives” special committee that looked into the use of fetal tissue in research.

The committee released its final report at the end of 2016 after an expensive 15-month investigation. Despite clear scientific evidence to the contrary, the committee concluded that no significant medical advancements had ever resulted from the use of human fetal tissue and that the NIH should no longer fund any research that utilizes fetal tissue.

The committee instead advocated the use of other research models, such as cell lines isolated from cancerous tumors or rodent-based models, despite the fact that many of these systems do not accurately mimic key aspects of human biology and disease. In anticipation of possible restrictions imposed on human fetal research, the NIH is investing US$20 million toward development of alternative models and approaches.

Many scientists might assume that they will be unaffected by these government restrictions. However, many commonly used cell lines, such as human embryonic kidney cells, which are used in research labs to produce protein, fall under the blanket definition of fetal tissue. Given their fetal origin, their use could be banned.

Moreover, as a scientist, I fear that this type of government regulation of scientific inquiry based on political nonscientific grounds sets a precedent that could affect every scientist in academia, industry or government. Indeed, the current administration ban on fetal tissue for researchers at the NIH could eventually spread to include all NIH-supported scientists. In this scenario, most research involving human fetal tissue would be stopped throughout the United States.

Scientific discovery requires freedom, and I believe it should be exempt from external political influences. This concept was established in the 1940s, when academic institutions began awarding tenure and the American Association of University Professors stated “The common good depends upon the free search for truth and its free exposition.”

In my opinion, banning or restricting research with human fetal tissue derived from elective terminations has no moral or ethical purpose and serves only to fit a political agenda. All scientists should be alarmed by the actions of our government.

The research of the Coyne Lab combines important aspects of virology, immunology, and cell biology to dissect various aspects of host-virus interactions. More specifically, the lab’s studies aim to better understand what mechanisms within the tissues of the human body prevent and enable the transmission of microorganisms.

(Click to see more comments or to join the conversation)
At Stake?
An existential threat to our democracy. A global pandemic. An unprecedented economic crisis. Our journalism has never been more needed. Can you pitch in today?
DONATE NOW
Goal: 80K
58%
Please Help. We have to raise $34,000 by November 2nd

Tim Koechlin
This Land Is Our Land: Trump's America, and Our America...
END_OF_DOCUMENT_TOKEN_TO_BE_REPLACED

END_OF_DOCUMENT_TOKEN_TO_BE_REPLACED

In a mind-numbing, butt-freezing, metaphor-rich shitshow in Omaha, the guys who say they want to run the country just failed to run a parking lot after missing buses left thousands of often older rally-goers stranded for hours in frigid temps in search of their cars. Twitter had thoughts: It wouldn't be cold without thermometers, don't let hypothermia dominate your life, it's Obama's fault, and it is what it is: With Trump, you will always end up abandoned in a cold, dark place.
Read More...
END_OF_DOCUMENT_TOKEN_TO_BE_REPLACED