‘Abolish ICE’ Doesn’t Mean What Conservatives Say It Does

Abolishing ICE is not about lawlessness or open borders but about upholding our constitutional principles of defending people’s freedom from big government, government overreach and racial discrimination

"As the agents on the ground executing Trump’s xenophobic agenda, they have become the flesh and blood of the administration’s worst impulses." (Photo: Screenshot/Rise & Resist)

As Donald Trump’s administration has ramped up arrests and deportations of immigrants across the country, calls to abolish Immigration and Customs Enforcement ― the federal agency responsible for deportations ― have been gaining momentum among Democrats in recent weeks.

In return, President Donald Trump, the Republican Party and other immigration hard-liners have argued that abolishing ICE would amount to open borders. So let’s clear up some of the confusion and answer their questions about what “abolish ICE” really means.

Hard-liners: Unbelievable! Anyone who supports abolishing ICE is calling for open borders and ending enforcement of immigration laws.

Abolishing ICE is not about lawlessness or open borders but about upholding our constitutional principles of defending people’s freedom from big government, government overreach and racial discrimination.

First, let’s point out that ICE is a fairly new government agency, coming into existence in 2003, a post-9/11 legislation era. It’s not an institution that’s embedded in our history, like the U.S. Marine Corps, which saw its beginning in the American Revolution in 1775, when the Continental Congress authorized the first Marine battalions.

With the creation of ICE, Congress duplicated an already bloated bureaucracy. We spend more on immigration enforcement than on all other federal law enforcement combined, including the Federal Bureau of Investigation, Drug Enforcement Administration, Secret Service, U.S. Marshals and Bureau of Alcohol, Tobacco, Firearms and Explosives.

We spend more on deporting college students or day laborers than investigating and jailing, as Trump put it, “bad hombres.” Simple math will tell you this federal agency is a burden to taxpayers. 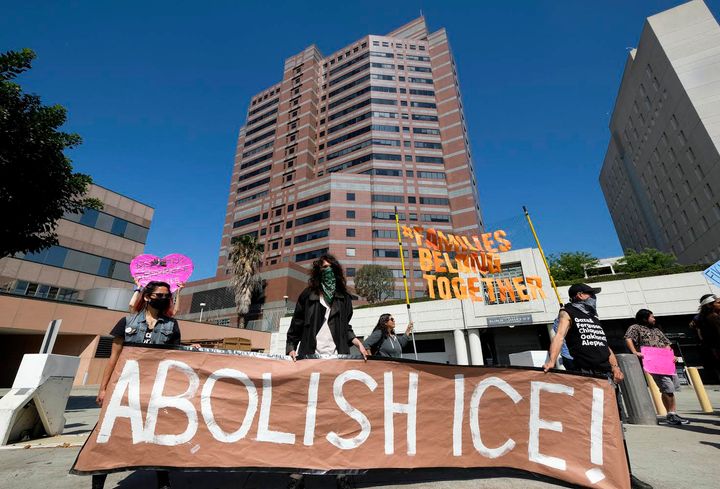 If we abolish ICE, then what’s next? Abolish the police?

No one is calling to abolish any law enforcement agency that actually uses its resources to investigate, arrest and incarcerate those who threaten violent harm against the American people. While there are issues with all law enforcement agencies, ICE has been infamous for controversy and illegal conduct like racial profiling, harassing U.S. citizens and sexual assault against immigrants.

Are you vilifying ICE agents?

We are certain that many men and women who join ICE aspire to serve an agency that allows them to stop those who prey on innocent people. However, the agency’s ill-devised mission, coupled with bad laws (enacted by both Republicans and Democrats), has forced ICE agents to persecute immigrants based simply on race, ethnicity or religion.

As the agents on the ground executing Trump’s xenophobic agenda, they have become the flesh and blood of the administration’s worst impulses.

Today ICE is infringing on the privacy of every American, using military-style cellphone surveillance and license plate tracking to monitor immigrants and the citizens they interact with.

So what? Fighting crime is messy, and we have to accept the collateral consequences of a few nannies being deported and some rights being violated.

Even some of ICE’s own agents are calling for it to be dissolved, as they recognize that it’s an ill-devised creation that’s taking away from the critical work of investigating ruthless criminal organizations. There is something fundamentally wrong when ICE agents walk into kids’ birthday parties or school parking lots and arrest parents in front of their children, especially when the majority of them have no violent criminal records.

ICE’s own data finds that nearly two-thirds of immigrants arrested by its agents from October 2017 to March 2018 had no criminal convictions. That is up from 21 percent in the same period the year before and 13 percent the year before that. 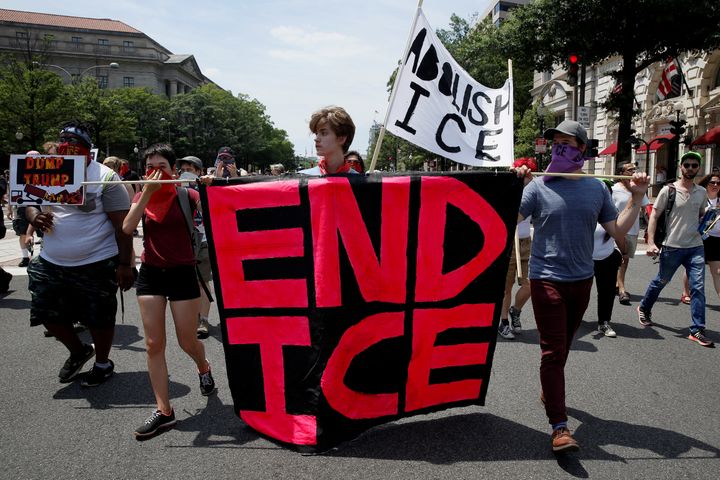 Then what should we replace ICE with? Someone needs to enforce immigration laws.

We don’t need to replace ICE. An efficient operation would separate the civil and criminal enforcement mechanisms from our immigration system. In other words, Citizenship and Immigration Services and the Department of Justice would process orderly notices and hearings when civil violations occur. Other law enforcement agencies, like the FBI or DEA, would investigate only those criminal matters that cause serious harm to others or our national security.

Everyone else who contributes to the country, pays taxes and upholds our freedoms and liberties should have a right to remain here, period. Just as a state trooper pursues the dangerous driver going 100 mph in a 65 mph highway, not the 70 mph car, so too can our immigration enforcement focus on the dangerous offenders.

Immigrants who came here illegally shouldn’t be here to begin with. My ancestors followed the law.

America has always been a nation of immigrants, but for most of our history, our laws discriminated against newcomers based on race and religion. From 1790 to 1952, white legislators restricted citizenship to particular ethnic groups, with a consistent preference for whites from northwestern Europe. Today, ICE has become the embodiment of our nation’s racist immigration policies.

Saliently, Europeans weren’t given any legal authority to settle in indigenous people’s land. Unless you are a descendant of Native Americans, you are the original “illegal” immigrant.

You are right. In a true American democracy, no human being is illegal.

Cesar Vargas is a nationally recognized leader at the forefront of the fight for immigration reform and the DREAM Act. Mr. Vargas was the National Latino Outreach Strategist for Senator Bernie Sanders' 2016 presidential campaign. He has been recognized as one of Huffington Post’s “Prominent Latinos in American Politics”. Cesar was brought to New York from Mexico at age 5 after his father passed away. He excelled academically and was an honors student in both college and law school. As an undocumented law graduate from the City University of New York School of Law, he led the fight for equal opportunity and access to the practice of law.

Yesenia Mata is an education and immigration activist in Chicago and New York City. As the daughter to former undocumented immigrants, Yesenia has advocated for immigration reform in Washington D.C. Growing up in the South Side of Chicago, she saw the need to adequately fund public schools.

END_OF_DOCUMENT_TOKEN_TO_BE_REPLACED

Protests continue against Louisville's grotesque decision to deny justice to Breonna Taylor but afford it to her neighbors' walls in an indictment that, after months of demands to Say Her Name, literally doesn't mention her: " It’s as if she was never there." In a dark twist, her killers were acquitted on the same date as Emmett Till's; his prescient mother had warned, if he didn't get justice, "It won't be safe for a Negro to walk the streets anywhere in America" - or, it turns out, sleep.
Read More...
END_OF_DOCUMENT_TOKEN_TO_BE_REPLACED