Unsealed materials confirm what many have suspected: Kobach has a ready-made plan to gut core voting rights protections enshrined in federal law.

Why is Kris Kobach trying so hard to hide what he’s been up to? Because the unsealed documents reveal that his true aim and that of the election commission is suppressing the right to vote. (Photo: Carolyn Kaster/AP)

For almost a year, Kris Kobach, the secretary of state of Kansas, has struggled to hide the truth about his efforts to lobby the Trump administration to make it much harder for Americans to vote. Part of that struggle ended today when a federal court ordered excerpts of Kris Kobach’s testimony disclosed along with other documents obtained by the American Civil Liberties Union in our challenge to his restrictive voter registration regime.

The unsealed materials confirm what many have suspected: Kobach has a ready-made plan to gut core voting rights protections enshrined in federal law. And he has been covertly lobbying Trump’s team and other officials from day one to sell them the falsehood that noncitizens are swinging elections.

As the de facto head of President Trump’s election commission, Kobach has positioned himself to lead an all-out assault on the right to vote.

Before Kris Kobach took office as secretary of state, Kansans could register to vote the same way that people do in virtually every other state in the country: by submitting a sworn oath of citizenship under penalty of perjury. In 2013, Kobach implemented a law he had pushed through the Kansas Legislature two years earlier, requiring people to track down a citizenship document — such as a passport or birth certificate — or be barred from the ballot box. The new system proved disastrous for ordinary voters.

Large numbers of citizens — disproportionately minorities — don’t have a passport or birth certificate on hand and don’t have the money to obtain replacement documents. By December 2015, more than 35,000 Kansans had been disenfranchised — approximately 14 percent of all registration applications since the requirement went into effect. The National Voter Registration Act — popularly known as the Motor-Voter law — prohibits unduly harsh registration rules and requires that states make voter registration easy and straightforward.

Kobach’s severe documentation requirements violated the NVRA so we sued. In October 2016, the U.S. Court of Appeals for the 10th Circuit blocked the requirement for people registering at DMVs. The opinion by a George W. Bush-appointed judge found that Kobach’s law had caused a “mass denial of a fundamental constitutional right.” The court noted that before a state could impose such sweeping restrictions, there would need to be proof that significant numbers of noncitizens were actually registering to vote. But Kobach had no evidence of any real problem. He could only offer “pure speculation” that hordes of invisible immigrants were hiding out in voting booths.

Play 2: If the law doesn’t let you suppress the vote, pull some strings to get rid of the law

Without evidence or legal arguments in his favor, Kobach’s next move was to try to eviscerate the NVRA itself. As Kobach knew, and the ACLU had made clear in court, the NVRA would need to be completely rewritten for a state official like Kobach to have the authority to impose such severe restrictions on the right to vote:

So what did Kobach do after losing in court? As the unsealed documents show, he secretly prepared a draft amendment that would rewrite the NVRA in exactly this manner.

No evidence of noncitizen voter fraud? No problem.

Kobach’s proposed amendment would grant him and officials across the country the power to impose any voter registration restriction they wanted regardless of the evidence — or lack thereof. Then, the very day after Donald Trump won the presidential election, Kobach started peddling his amendment, sending an email to Gene Hamilton, a member of the Trump transition team: 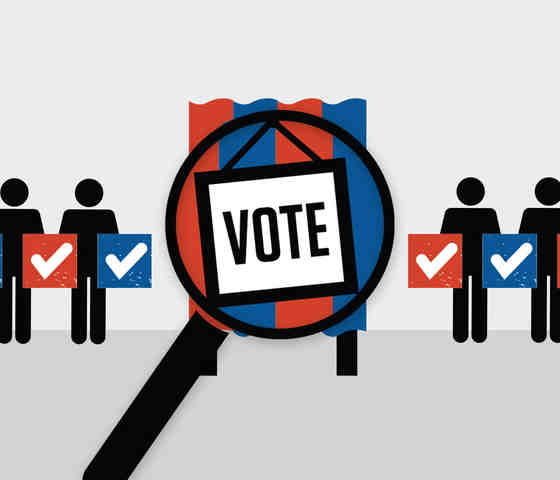 Take Action
Less than two weeks later, on November 20, 2016, Kobach was photographed walking into a meeting with Trump, carrying his agenda for the “First 365 days” of the incoming administration. A bullet point in the plan? Amend the NVRA.

We now know that the meeting was Kobach’s job interview with Donald Trump and his senior advisors: Steve Bannon, Stephen Miller, Jared Kushner, and Reince Priebus. Kobach gave each of them a copy of his playbook, pitching them the idea that noncitizens were potentially swinging the results of elections.

Shortly after the meeting with Kobach, Trump tweeted that he would have won the popular vote if not for millions of people who supposedly voted illegally.

On May 20, 2017, Trump selected Kobach as the vice-chair and de facto leader of the Presidential Commission on Election Integrity. Kobach had the commission packed with many of his own longtime confederates and is now poised to execute the scheme outlined in his unsealed documents.

When the ACLU demanded that he produce his draft NVRA amendments in the Kansas litigation, Kobach did the natural thing a vote suppressor caught red-handed would do: He lied.

Kobach told the ACLU and a federal magistrate that “no such documents exist” in an attempt to keep his lobbying efforts under wraps:

After Kobach was ordered to produce his papers for review, the magistrate fined him for making “patently misleading representations to the court about the documents.” When Kobach appealed that decision, the presiding judge agreed that Kobach should be sanctioned because of a “pattern” of misrepresentation “that call[s] his credibility into question.”

Kobach’s lobbying to gut the NVRA was always meant to occur behind closed doors. So he has been struggling for months to keep these documents out of public view, while secretly asking his ally, Rep. Steve King (R-Iowa), to introduce his proposed NVRA amendment to Congress in the future.

Why is Kobach trying so hard to hide what he’s been up to? Because the unsealed documents reveal that his true aim and that of the election commission is suppressing the right to vote.
When the 10th Circuit blocked Kobach’s law a year ago, the court found that a state has to prove that noncitizen registration fraud is actually a significant problem before it can demand a passport or birth certificate from voters. Since then, Kobach has been maneuvering behind the scenes to make sure he can impose whatever restrictions he wants without any proof. Why? Because he knows his claims about noncitizens voting are a scam.

Kobach realizes that his law has been disenfranchising tens of thousands of eligible citizens — that is the whole point. And now, he’s poised to do the same nationwide.

Vice President Pence stated that the president’s election commission would begin with “no preconceived notions or preordained results.” That was wrong. As Kobach’s own testimony and documents show, the fix has been in from the start.

Orion Danjuma is a staff attorney for the ACLU's Racial Justice Program.

Curb Your Presidentialism: Some Post-Trump Advice for a Biden Administration

END_OF_DOCUMENT_TOKEN_TO_BE_REPLACED

Already, a sea change. Joe Biden and Kamala Harris held a searing memorial Tuesday for 400,000 Americans killed by COVID, the first public acknowledgment of the loss inflicted by a sick deadbeat missing the decency gene. "To heal, we must remember," declared Biden, his empathy feeling like water in the desert to many who didn't realize the depth of their thirst - especially after a Michigan nurse sang "Amazing Grace." "I'm not crying - you're crying," said one. "Let the healing begin."
Read More...
END_OF_DOCUMENT_TOKEN_TO_BE_REPLACED