Up to Our Chins in Floodwaters: Time to Break the Silence over Climate Change?

Earlier this week a flash mob of Oxford residents took to the waters that have submerged their suburban homes for the past two weeks. A banner between their canoes carried a simple request: “Can we talk about climate change?”

It is a reasonable question to ask in Oxford, of all places. The university scientists on the other side of the now-bloated River Thames have been warning for nearly twenty years that climate change could lead to wetter winters and increased flooding.

Following the wettest December and January since records began in 1815 surely the phrase ‘climate change’ should be on everyone’s lips?

But it is not. According to the monitoring organisation Carbon Brief, less than 7% of the stories about the floods in the UK print media have associated them with climate change.

When the Prime Minster suggested that he “very much suspects” that they are linked he was shouted down by his own side. He has not said a further word on the subject. 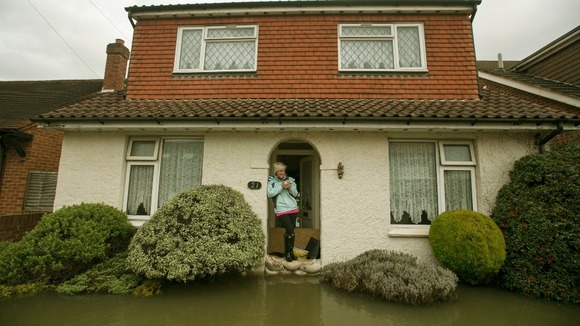 There has always been an intense political debate around climate change which is why scientists are always very careful to stress that any single extreme event is not, by itself, proof that we are changing the climate. Increasingly, though, according to a major report released by the Met Office on Monday, they argue that our current experience fits into a far more ominous long term pattern of weather extremes all around the world.

In a recent DEFRA poll the vast majority of people now believe that flooding will become ever more frequent in the future, although they are less sure that this is because of climate change.

Surely this uncertainty should encourage debate not close it down? After all, there seems to be plenty of conjecture about who to blame for the floods - the Environment Agency, budget cuts, river conservation, property developers – but never, it seems, our own carbon pollution.

Maybe this is the problem. Climate science suggests that we may all be responsible and, let’s face it, we would far prefer to find other people to blame.

Through my work with the communications charity, the Climate Outreach Information Network, I have found that ordinary people – often far from being dedicated environmentalists - report a deep anxiety and guilt around the issue and actively avoid thinking and talking about it. 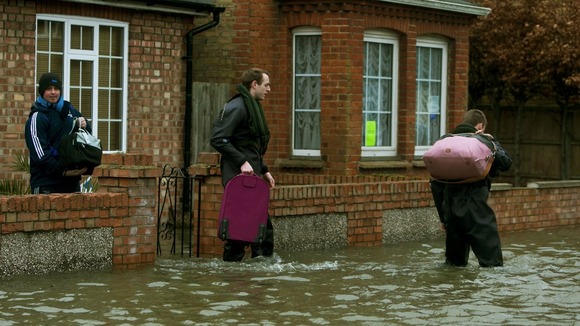 This collective silence may be the biggest challenge of all.

In the end, the people we trust most are not politicians, journalists, campaigners or even scientists: it is the people around us. If climate change is the threat that the scientists are saying we need to start the discussion in every pub, cafe, workplace, and home about whether the floods are the beginning of something that we must anticipate and prepare for.

As the Oxford residents were saying, as they waded knee deep through the flood waters, maybe now is the time to break that silence.

George Marshall is co-founder and director of projects for Climate Outreach in the UK.

Everyone's Gone to the Moon…

Because the Climate Crisis Is the 'Number One Priority,' Says Harry Reid, Senate Democrats Must Kill Filibuster

AOC Derides NYT Columnist Bret Stephens for Whining About Twitter Bedbug Jibes: 'My Own Friends Roast Me Harder Than That'

Medea Benjamin, Nicolas J.S. Davies
US Cold War China Policy Will Isolate the US, Not China
END_OF_DOCUMENT_TOKEN_TO_BE_REPLACED
Connect With Us

END_OF_DOCUMENT_TOKEN_TO_BE_REPLACED

Six years after the murder of Michael Brown and a week after thug feds left Portland, savage video and a damning report show U.S. police continue to abuse and attack people, especially those of color, with little to no consequence. In the latest proof police are still "on George Floyd's neck," prosecutors just decided not to charge the Ferguson cop who killed Brown, and left his body in the street. Police: They're "upholding the rule of law." Michael Brown Sr: "Justice has not been served."
Read More...
END_OF_DOCUMENT_TOKEN_TO_BE_REPLACED