SUBSCRIBE DONATE
Published on
Thursday, August 30, 2012
by
The Nation

I'm sure it's only coincidence, but it was still heartening last night to see so many in certain outposts of the media follow my urgent advice here yesterday (my piece) to not "live and let lie"--to state plainly that untruths uttered by speakers and candidates are outright lies and not beat around the bush.  This mainly happened online.  Still, on cable TV last night and in the mainstream press we witnessed, in the main, the traditional kind of timidity that insists on calling lies merely "exaggerations," "distortions" or "bending the truth," usually adding that this is the way it's always been in campaigns and that the "other side" does it just as much.

Also classic was Wolf Blitzer, after the lie-filled Ryan speech, suggesting that "critics" will identify certain errors--but, no, not him, certainly!  In the same vein, Mike Allen in his popular and lengthy morning newsletter failed to point out a single Ryan error, leaving it to quoting an Obama camper. 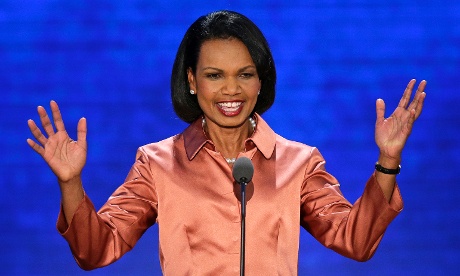 Even on MSNBC, they mainly talked about the optics of the Ryan speech and the (predictable) response in the hall--while failing to recall the even wilder response to the Palin hockey mom/pit bull barnburner in 2008, which did not to prevent her from dooming McCain's candidacy.  Remember how pundits then claimed she might win the votes of many Hillary backers?  In fact, she did poorly among women, overall.

In 2008, as well as in my book on the campaign, Why Obama Won, I also charted how, after every debate that fall, most TV pundits claimed the GOP candidates (McCain and even Palin)  won or at least "held their own"--only to be truly humbled--if that is possible--by having to report, just minutes later, that their own focus groups declared the Democrat (Obama or Biden) an easy winner.

Also disturibng was the response to Condi Rice's speech, which produced an all-out swoon from Chris Matthews (he said he was "blown away" and said it was "Churchillian," among other hosannas) and a half-swoon even from Rachel Maddow.   Such is the result of a GOPer delivering a speech that was, at least, mainly factual and not straight out of the Tea Party playbook.

The swooning, however, was still disgraceful.  No one mentioned Condi raising her role in the U.S. response to 9/11, when she was among those who slept through the warnings of planes-attacking-buildings.  And it  took our old pal David Corn to arrive on the set to emphasize that four-letter curse: Iraq.  Eugene Robinson also mentioned that war--seemingly offending Condi's new fan-boy, Chris Matthews--then called it a "quibble" in hailing the great speech.  This led Matthews to actually reach across the table and shake his hand right on camera, while dissing Corn out of the corner of his mouth.

On Twitter, I had earlier pointed out that perhaps Rice was wearing a red dress to obscure the blood on her hands.  Matthews was "blown away"--like the hundeds of thousands in Iraq, thanks to Condi's lies (there's that word again) for the trumped-up war.

Interviewed by MSNBC, Condi claimed--without contradiction--that the real reason for attacking Saddam was not his WMDs but his threat to neighbors.   Dare I say it?  A lie.

I may have missed it but I also did not hear anyone pointing out the "irony" of the wild GOPer response to Rice even as they decried the federal budget deficit--which her war in Iraq did so much to produce.   And a war that helped cost their party the White House in 2008.

At least Web journalists were quick to pounce on Paul Ryan's lies.  Here's a roundup:

PolitiFact on Ryan's lie that Obama caused closing of auto factory in Wisconsin, when it actually happened in 2008.  PolitiFact calls it "false.... the Janesville plant shut down before he took office." Wash Post's Glenn Kessler has said the same, plus he's critical of other points.

James Fallows of The Atlantic  tweeted about one lie and the expected mainstream media response:  "1) Ryan blasts Obama for opposing Simpson-Bowles. 2) Ryan opposed Simpson-Bowles. 3) But who cares."  Jonathan Cohn at The New Republic asked if it was the most "dishonest" convention speech "ever."  He focused on five lies, including that credit rating downgrade.  Huff Post had its own long list of untruths.  Ryan Lizza at The New Yorker also focuses on five,  but calls them "hypocrisies," not lies.  But this post asks, what happens when GOP lies that the claims of lies are lies?

And here's Jon Stewart ripping GOP for all the "You Didn't Build That" nonsense. The inimitable Charles P. Pierce on Ryan, the man he calls "The Zombie-Eyed Granny-Starver."

Greg Mitchell is the author of a dozen books, including The Tunnels, Atomic Cover-Up and (with Robert Jay Lifton), Hiroshima in America.  His latest book is The Beginning or the End: How Hollywood--and America--Learned to Stop Worrying and Love the Bomb (The New Press).

As Coronavirus Exposes Deep Flaws of For-Profit System, Biden Doubles Down on Opposition to Medicare for All

Million Belay, Timothy A. Wise
Africa at the Crossroads: Time to Abandon Failing Green Revolution
END_OF_DOCUMENT_TOKEN_TO_BE_REPLACED
Connect With Us

END_OF_DOCUMENT_TOKEN_TO_BE_REPLACED

Protests continue against Louisville's grotesque decision to deny justice to Breonna Taylor but afford it to her neighbors' walls in an indictment that, after months of demands to Say Her Name, literally doesn't mention her: " It’s as if she was never there." In a dark twist, her killers were acquitted on the same date as Emmett Till's; his prescient mother had warned, if he didn't get justice, "It won't be safe for a Negro to walk the streets anywhere in America" - or, it turns out, sleep.
Read More...
END_OF_DOCUMENT_TOKEN_TO_BE_REPLACED