Greta Thunberg Isn't Alone. Meet Some Other Young Activists Who Are Leading the Environmentalist Fight

Around the globe, young people are sounding the alarm on climate change and environmental issues by organizing rallies and confronting policymakers.

Greta Thunberg has become a household name since she began her climate strikes in 2018, inspiring thousands of students to walk out of class and demand action on the climate crisis.

The 16-year-old Swede recently appeared on "The Daily Show with Trevor Noah," met with Barack Obama and delivered a fiery speech this month to world leaders at the United Nations.
Greta Thunberg got the world's attention. But are leaders really listening?
And she has company. Around the globe, young people are sounding the alarm on climate change and environmental issues by organizing rallies and confronting policymakers.
Meet five others who are leading the fight. 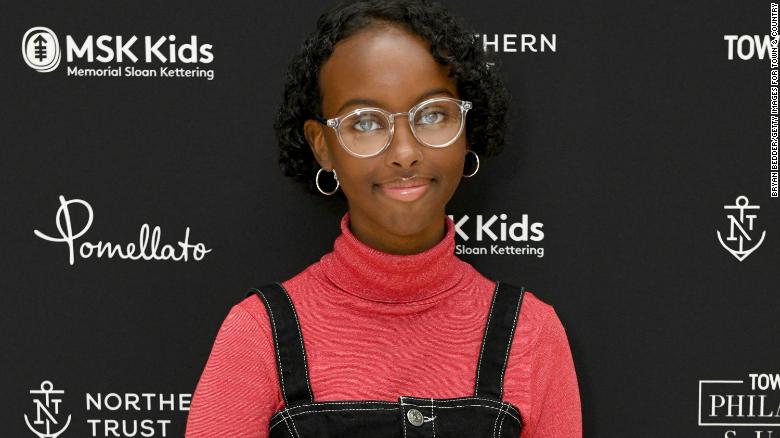 Isra Hirsi, daughter of Rep. Ilhan Omar, has been a longtime social justice advocate and more recently got involved in climate activism.
Hirsi says she was inspired to take on climate change after seeing pipelines built in Minnesota and hearing about the water crisis in Flint, Michigan in 2014. She joined an environmental group at her school and later co-founded the US Youth Climate Strike -- an American branch of the international movement inspired by Thunberg.
The high school student hasn't slowed down. In her home state of Minnesota, Hirsi is focused on advocating for groups that are disproportionately affected by climate change. Most recently, she attended the United Nations Youth Climate Summit.

When Autumn Peltier was just 8 years old, she attended a ceremony at a reservation where she saw a sign warning that the water was toxic, according to the CBC.
Growing up on a freshwater island in Wiikwemkoong Unceded Territory in Canada, Peltier says she had never experienced toxic water. The memory of that sign stayed with her.
Six years later, at the age of 14, Peltier is fighting for water conservation and indigenous water rights. She says she was inspired by her great aunt, Josephine Mandamin, an indigenous activist who walked the shores of all five Great Lakes to raise awareness for water conservation.
When she was 12, Peltier confronted Canadian Prime Minister Justin Trudeau, telling him she was unhappy with his policies on controversial pipeline projects. Trudeau promised her he would protect the water.
Since 2015, 87 long-term water advisories in Canada have been lifted; 56 water advisories remain.
Last year, Peltier spoke at the UN about the importance of water conservation and water access, explaining the sacred role water plays in her culture.
"Many people don't think water is alive or has a spirit. My people believe this to be true. ... We believe our water is sacred because we are born of water." 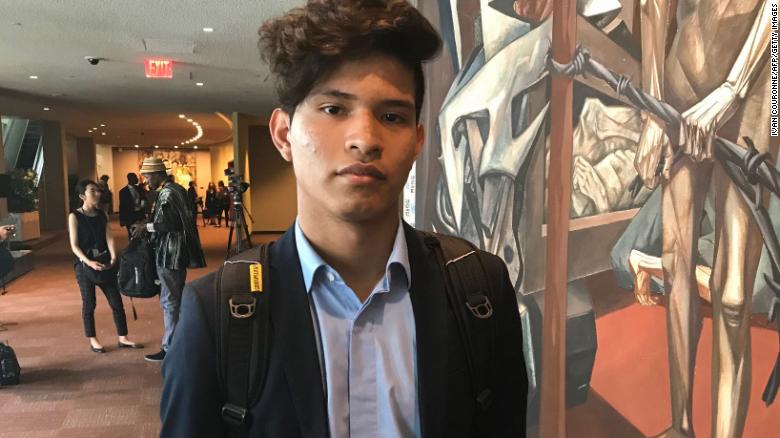 At the UN Youth Climate Summit this weekend, Bruno Rodriguez declared climate change the "political, economic and cultural crisis of our time."
The 19-year-old activist, who has organized student walkouts in his home of Buenos Aires, is calling for other young people to fight government complacency and pollution by corporations.
"We hear that our generation is going to be the one in charge of dealing with the problems that current leaders have created, and we will not wait passively to become that future. The time is now for us to be leaders," he said at the summit.
He continued, "Stop the criminal contaminant behavior of big corporations. Enough is enough. We don't want fossil fuels anymore."

INDIGENOUS BLOOD, NOT A SINGLE DROP MORE! As we are facing one of the biggest crisis in human history, climate change. Indigenous people , protectors of the amazon and preventers of further climate destruction are criminalized, persecuted and murdered for defending LIFE and BASIC HUMAN RIGHTS. STAND WITH INDIGENOUS PEOPLE! Today we took over TIMES SQUARE. #climatejustice: @allison_hanes

Helena Gualinga, from the Ecuadorian Amazon, says she's been fighting for climate issues her whole life -- especially against big oil companies.
Gualinga has said she is scared about what could happen to her community, particularly in the face of recent fires and increasing deforestation. She especially works to advocate for other indigenous people.
"By protecting indigenous peoples' rights, we protect billions of acres of land from exploitation," she wrote in an Instagram post in August. 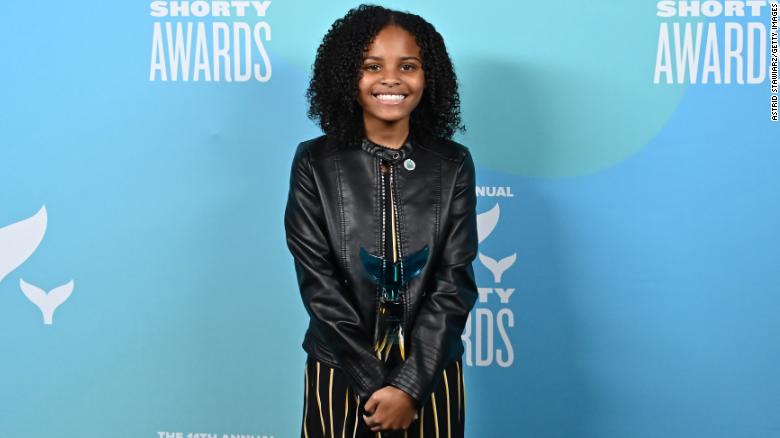 Mari Copeny, AKA "Little Miss Flint," might be small in stature, but definitely not in voice.
The self-described "future president" came to fame in March 2016 when she wrote a letter to then-President Barack Obama about the Flint water crisis. Her words inspired Obama to fly to Flint himself, giving the crisis national attention.
Little Miss Flint was just 8 years old when she wrote that letter, but she has continued to work for her cause. In 2017, she appeared in a video promoting the Peoples Climate March, stating "I march for drinkable water." She started #WednesdaysForWater this year, raising awareness every Wednesday about places in need of clean water. And now she's working with a water-filtration company to bring water filters to communities that don't have access to drinkable water.
That's an impressive list of accomplishments for anyone, let alone a middle schooler.

Leah Asmelash is a writer for CNN.

'America the Beautiful': Biden Administration Aims to Protect 30% of US Lands and Waters by 2030

END_OF_DOCUMENT_TOKEN_TO_BE_REPLACED

Gonzo fans of QAnon, space lasers and the former guy have been frantically busy at Arizona's "audit" of election ballots, using "forensic analysis" and UV lights to study ink and folds and weight and votes from "fake people" to uncover The Big Lie and wrestle good from evil. Now - Racism 101 - they're looking for bamboo particles from ballots purportedly smuggled in from China. THIS IS IMPORTANT!! The dominoes will fall!!
Read More...
END_OF_DOCUMENT_TOKEN_TO_BE_REPLACED