SUBSCRIBE DONATE
Published on
Thursday, May 19, 2016
by
Speak Freely / ACLU

One Year Later: We Still Don’t Know How Many Shot by Police

One year ago today, the White House released The Final Report of the President’s Task Force on 21st Century Policing — 116 pages of recommendations meant to address the epidemic of killings of unarmed Black and brown people by the police officers sworn to protect them. The report was supposed to be a blueprint for reforms in policing this country has needed for decades. Yet 12 months after its publication, our government still can’t even come up with the number of people who have been killed by U.S. police.

“[E]mbarrassing and ridiculous”—that’s how the director of the FBI characterized our government’s lack of data on killings by police. He also said it’s “unacceptable” that we have to rely on two newspapers — The Guardian and The Washington Post — to get national estimates for these statistics.

The federal government is the official record keeper of shark attacks and farm animals. Certainly police shootings are of national significance, too, and should be documented by the very entity that provides dollars and resources to local police. How can we start to address a national crisis if our own government can’t measure it?

This year’s tallies by the Guardian and the Post are roughly the same as they were at this point last year — the problems with our police departments’ use of force aren’t going away.

Think of David Joseph, who was unarmed and naked when an Austin, Texas, police officer shot him three times and killed him. Reports indicate that the 17-year-old African-American may have been experiencing a mental health crisis when he was shot in February. Almost a year ago, similar circumstances surrounded the fatal police shooting of Anthony Hill in DeKalb County, Georgia.

A police officer in Winslow, Arizona, shot Loreal Tsingine five times, killing her after she allegedly threatened him with scissors. Police said the 27-year-old Native American woman was a shoplifting suspect from a nearby convenience store.

Mental illness plays a role in 25 percent of fatal police shootings. People of color make up 47 percent of those killed by police. Just as troubling as these statistics is that we have to piece them together from two newspapers’ databases whose totals don’t match up. Why isn’t our government doing the job?


Because the recommendation in The Final Report of the President’s Task Force on 21st Century Policing on data collection is a “should,” not a “must”: “policies on use of force should also require agencies to collect, maintain, and report data to the federal government on all officer-involved shootings, whether fatal or nonfatal, as well as any in-custody death.”

For too long, the Department of Justice has allowed police departments to opt out of sharing their data with the federal government, even when these departments receive federal funds. As we and 81 other organizations urged the Department of Justice in March, it’s time to require any department that gets a piece of the annual $4 billion in criminal justice grants it gives to state and local agencies to collect and report data on police-community encounters. The Justice Department should also issue regulations for the Deaths in Custody Reporting Act, so we know what “custody” means and what happens when departments don’t comply.

Since the task force report, the White House, FBI, and Bureau of Justice Statistics have each begun new police data programs. But these initiatives all rely on voluntary participation just like their failed predecessors. The numbers say it all:  A mere 53 police departments nationwide have signed up for the White House Police Data Initiative. That’s a participation rate of less than 1 percent. 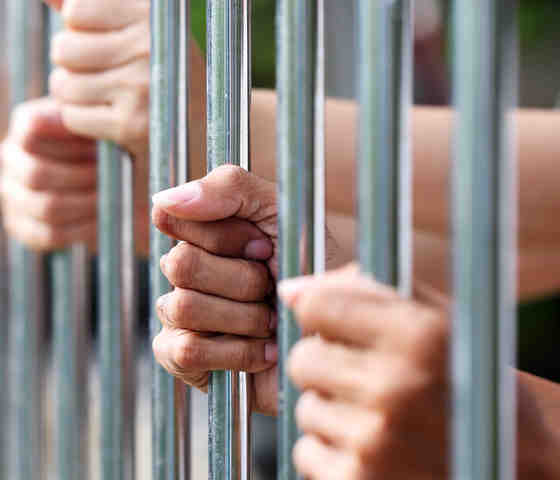 The FBI says it is making significant improvements to its database. But even with the best data system in the world, what good is it without data? The federal government needs to take more than modest steps to collect information on police-community encounters. And law enforcement has a responsibility to provide the data we need to advance necessary reforms.

If the federal government is giving out federal dollars, law enforcement has to hand over the data.

Kanya Bennett serves as a Legislative Counsel in the ACLU’s Washington Legislative Office.

END_OF_DOCUMENT_TOKEN_TO_BE_REPLACED

Amidst the venality, small good news from Arizona, where a judge sided with humanity and migrants arguing that conditions in U.S. concentration camps are "punitive and violate the Constitution" - thus meagerly gifting them, after a five-year lawsuit, a voice, a blanket and decent food. It's one of several rulings against Trump's barbarity to newcomers - who, in a stirring, buoyant citizenship ceremony in Maine this week, vitally reminded us America's still here, just waiting to be reclaimed.
Read More...
END_OF_DOCUMENT_TOKEN_TO_BE_REPLACED